This article has the most up-to-date info on the status of Cutthroat Kitchen season 15 as we continuously monitor the news to keep you in the know. Food Network is yet to make a decision on its future. Subscribe to our automatic updates below. 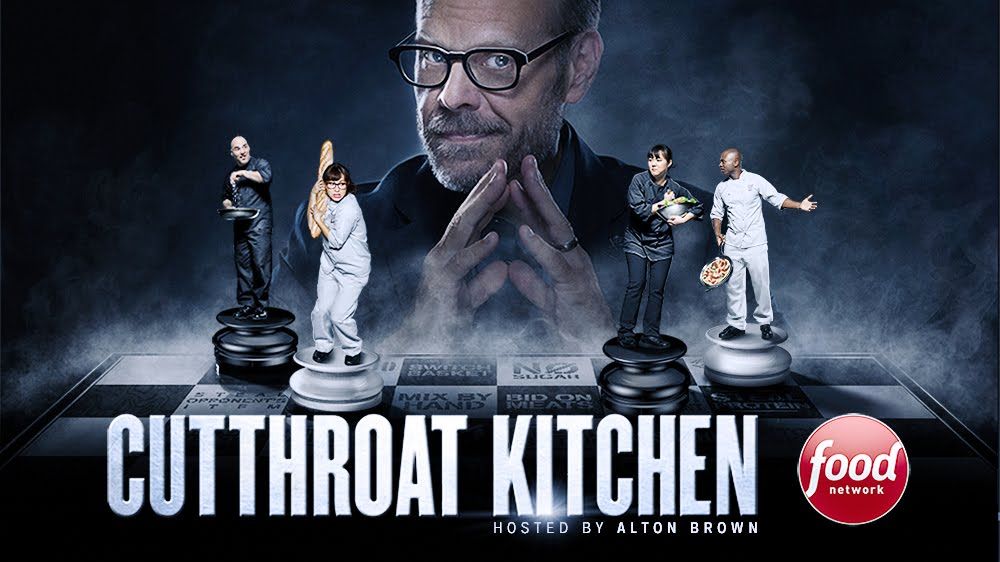 Cooking competition with elements of sabotage titled Cutthroat Kitchen has been on the air since 2013 and has launched its fourteenth season on August 24, 2016. The show’s executive produced by Shauna Minoprio, Julia Cassidy, Melissa Stokes and Michael Davies, and hails from Embassy Row. Regular judges for the current season are Jet Tila, Simon Majundar, Antonia Lofasso and Richard Biais.

The show follows an already familiar format with four chefs and three rounds of elimination-based competition. Besides straightforward cooking challenges host Alton Brown offers chefs opportunities to sabotage other contestants, holding an auction for the highest bidder for a chance to walk away with items like changes in ingredients and equipment, garnishing of cooking time and movement restrictions. Judges make a decision based solely on taste, presentation and on whether the task was completed properly and the dish is in fact the one required.

The show is scoring solid numbers, with viewership just under 1 million viewers and a 0.3 demo rating. Many reviewers call it silly, but mostly entertaining and a guilty pleasure. It is not a straightforward cooking competition, more of a game show, where the best chef doesn’t always win, rather, the best strategist prevails. Apparently, enough people find it fun to keep it going – and we will probably see more of Cutthroat Kitchen in the near future. Stay tuned, and we’ll inform you of any relevant network announcements.

Subscribe to receive news and updates when a show is renewed or canceled. You will receive an automatic email when theCutthroat Kitchen season 15 Episode 1 release date is officially announced.

Share this with friends:
ReleaseDate.show » Release » Food Network is yet to renew Cutthroat Kitchen for season 15
Related Serial
When Will

The release date for Jamie`s Super Food series 3 — PendingThis article has the most up-to-date info on the status of Jamie`s Super Food Series 3 as we continuously monitor the news to keep you in the know. Channel 4 is yet to make a decision on its…