The release date for Newlyweds: The First Year season 4 — Pending

This article has the most up-to-date info on the status of Newlyweds: The First Year season 4 as we continuously monitor the news to keep you in the know. Bravo is yet to make a decision on its future. Subscribe to our automatic updates below. 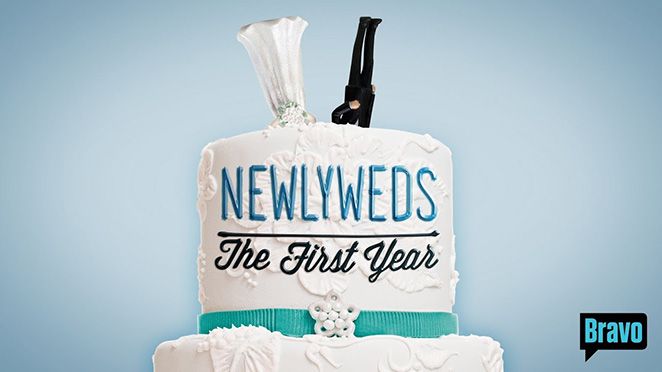 Newlyweds is an American documentary television series that premiered on May 6, 2013. It is currently in its third season which was launched on January 3, 2016 with a 90-minute special. The regular format for the series is 60-minute episodes. The series is produced by Monkey Kingdom and executive produced by David Granger, Lauren Lazin and WIll Macdonald.

Each season of the series portrays the lives of four couples around the US following their actual wedding day until the one-year wedding anniversary. Events that occur within this year, challenges that they have to acknowledge and deal with, and, of course, the joyful loving moments – the ups and downs of building a solid foundation for a long-lasting marriage are highlighted in the series. Newlyweds is mostly filled with the regular formulaic melodrama, although there are sometimes flashes of humanity bursting through the well-known scheme. The cast is diverse, it includes people of color and same-sex couples.

The series averaged about 1 million viewers per episode for the first season. The most recent episode scored a 0.4 million viewer rating. Critical reviews have been average, since, as many point out, instead of turning the show into a meaningful, revealing view of a very important subject matter, it all ended up expanding on topics that are more melodramatic, but are actually sure ways to ruin a relationship. Others point to the fact that most of the participants are already involved in show business, and might be taking part in the program just for the PR.

Subscribe to receive news and updates when a show is renewed or canceled. You will receive an automatic email when theNewlyweds: The First Year season 4 Episode 1 release date is officially announced.

Share this with friends:
ReleaseDate.show » Release » Bravo is yet to renew Newlyweds: The First Year for season 4
Related Serial
When Will

HBO is yet to renew Vice for season 5

The release date for Vice season 5 — PendingThis article has the most up-to-date info on the status of Vice season 5 as we continuously monitor the news to keep you in the know. HBO is yet to make a decision on its future. Subscribe to our automatic…