This article has the most up-to-date info on the status of Worst Cooks in America season 10 as we continuously monitor the news to keep you in the know. Food Network has scheduled the premiere date for a new season for January 1, 2017. 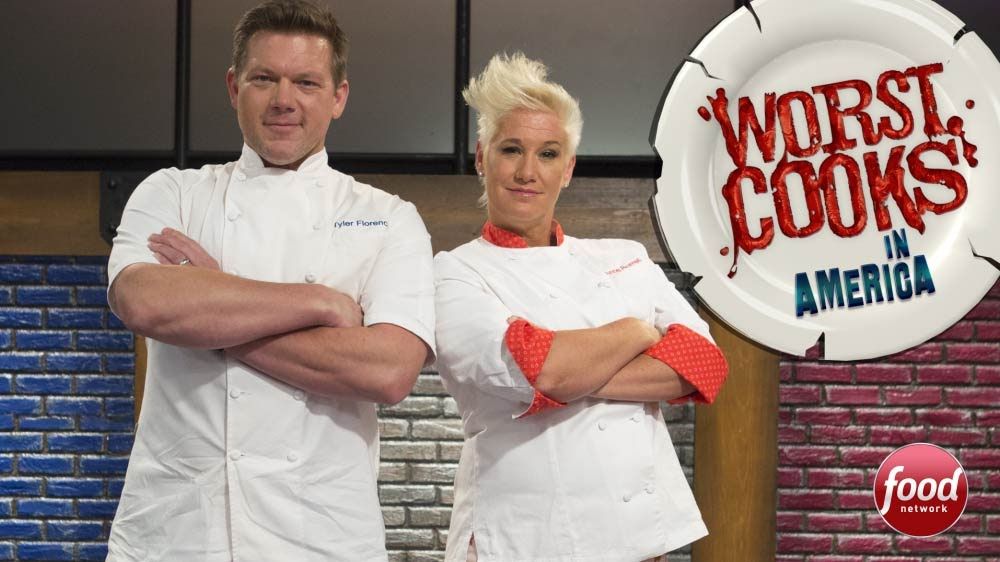 A Food Network reality competition series, Worst Cooks in America has been on the air since 2010, and is currently airing its 9th season, which kicked off on September 14, 2016. Executive produced by Bob Kirsh, Nicola Moody and Pip Wells, the program hails form Optomen Productions, Inc. In the current season veteran resident judge Anne Burrell joins forces with another returning judge, Rachael Ray.

The program format features 12 to 16 contestants each season, recruited to join the 8-week culinary boot camp. They are trained in a variety of basic cooking skills, and gradually work up to facing the ultimate challenge at the end of the competition, where the last two cooks standing have to come up with a full three-course meal.

Usually the contestants are vying for a $25,000 cash prize and a set of cookware from the network. The current season is a celebrity edition, where the winner will earn a $50,000 donation to the charity of their choice. The show offers a different and very entertaining approach to the cooking competition genre. It is truly popular with the viewers, with the current season debuting to an audience of 1,185 million. The 6.4/10 IMDb score reflects steady viewer support for the show that makes many home cooks feel superior to the contestants, and yet provides valuable information for novices. No news have been released by Food Network regarding the next season of this unique series, but we think that it’s likely to return with another installment, so please stay tuned for further information.

UPDATED November 23, 2016: The cooking competition and boot camp reality series Worst Cooks in America is back, scheduled to return with a 10-episode tenth season right on New Year`s Day. Anne Burrell and Rachael Ray will guide the country`s most disastrous cooks through the basics and to the culmination point where they will be able to cook a three-course meal of restaurant quality by the end of the season. The season premiere will feature the photos of the contestants` most horrible creations to set the mood, so tune in to Food Network on January 1, 2017 at 9pm and enjoy the show!

Food Network is yet to renew Cutthroat Kitchen for season 15

The release date for Jamie`s Super Food series 3 — PendingThis article has the most up-to-date info on the status of Jamie`s Super Food Series 3 as we continuously monitor the news to keep you in the know. Channel 4 is yet to make a decision on its…