The release date for Degrassi: Next Class season 3 — Pending

This article has the most up-to-date info on the status of Degrassi: Next Class season 3 as we continuously monitor the news to keep you in the know. Netflix has officially renewed the series for another season. To get notified of the premiere date – subscribe for updates below. 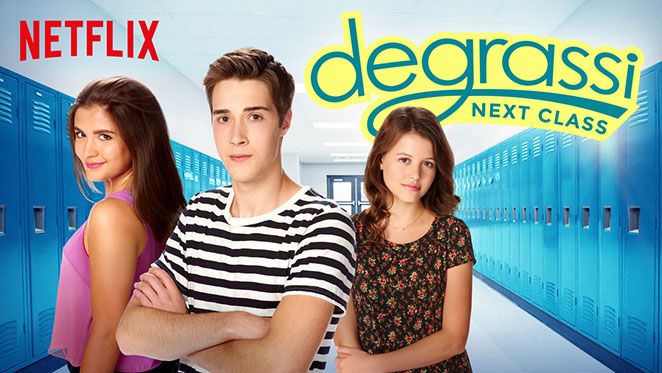 Degrassi: Next Class is a Canadian teen drama television series with a long history. The life of sophomores, juniors and seniors at a fictional Canadian high school has been depicted on the small screen in various formats for 35 years, and is now relaunched by Netflix in a save that allowed the series to continue its screen life after being passed on by Nickelodeon after 14 seasons on the air. The series is produced by Bell Broadcast and New Media Fund and Epitome Pictures. It premiered in Canada on January 4, 2016, and internationally on January 15, 2016. The second 10-episode season was made available to the viewers on July 22, 2016.

The series` approach is somewhat more genuine and raw than in the previous incarnations. Degrassi: Next Class is a show for the new generation, which, of course, faces the same basic issues of the teen angst nature, but they are packaged in a new wrapping. The typical issues such as relationships and academics will inevitably be tackled, but the modern twists on a teenager`s life – drug use, dysfunctional relationships, online harassment, cyber bullying – will also be explored. All of these troubling issues are important to explore in a format comfortable for teenagers to deal with, a format that really gets to them – and television is exactly that kind of format. The stars of the series report that following the episodes that deal with a certain problem they get a slew of messages from grateful fans who found it supportive to see issues relevant to their lives portrayed in Degrassi: The Next Class.

The series` move to Netflix seems like a promising one in consideration of the fact that teenagers are now viewing more video online than on TV, and has also given producers a chance to explore more controversial subjects than ad-supported cable would allow. With a history that long, it seems that the series will have a large enough audience consisting both of nostalgic viewers and teenagers curious about other teenagers. The teen drama has also been picked up for two further seasons – 3 and 4. This major advance order brings the Degrassi franchise up to an impressive total of 18 seasons. Stay tuned, and we`ll be sure to bring you relevant information as it becomes released.

Share this with friends:
ReleaseDate.show » Release » Netflix has officially renewed Degrassi: Next Class for season 3
Related Serial
When Will