The release date for Inside Amy Schumer season 5 — Pending

This article has the most up-to-date info on the status of Inside Amy Schumer season 5 as we continuously monitor the news to keep you in the know. Comedy Central has officially renewed the series for another season. To get notified of the premiere date – subscribe for updates below. 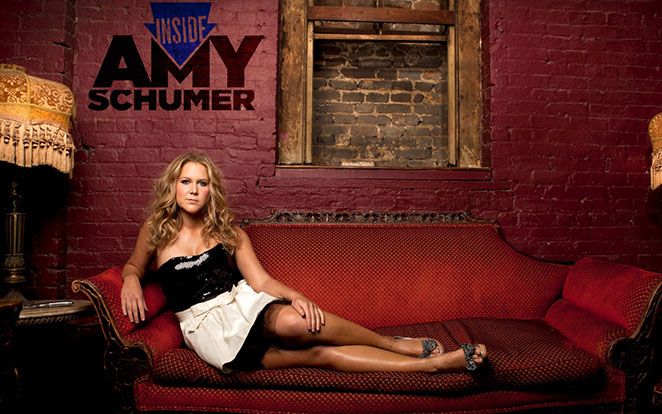 Inside Amy Schumer is a satirical sketch comedy that was created and stars none other than Amy Schumer, who also serves as one of the show’s executive producers. The award-winning series first premiered on April 30, 2013, with season two and three following soon thereafter. Season 4 of Inside Amy Schumer premiered on Comedy Central on April 21, 2016. Fans recently also learned that season 5 is also just around the corner, after a renewal announcement in January 2016.

Amy Schumer is the only actor featured throughout the show with each episode divided into segments that feature her in stand-up routines, street interviews, sketches, and interviews with unusual personalities. The network airs two versions of the series — one in prime time and an uncensored version for late night viewers. Rated MA for mature audience due to strong adult language, the uncensored version is also offered through online video portals like Amazon Video and Hulu.

Inside Amy Schumer features a long list of celebrities who’ve guest starred alongside Amy. The show continues to draw strong audience numbers, including 1.01 million viewers who tuned into season 3. With tons of positive reviews, an average of 74 out of 100 on Metacritic, and an unbelievable 100% fresh rating on Rotten Tomatoes, the show is bold, edgy and thought-provoking. The show was honored with a Peabody Award in 2015 and scored eight nominations for Primetime Emmy Awards, it’s no wonder the producers and network have decided to renew the show for a fifth season ahead of the fourth season premiere. No announcements have been made regarding the release date of season 5, but we’ll have all the info for you as soon as it becomes available.

The 9-episode fourth season of the award-winning sketch comedy series Inside Amy Schumer has bowed out on Comedy Central on June 16, 2016. The season finale, titled “Rubbing Our Clips”, is a faux-Real Housewives reunion, with every cast member getting a Real Housewives character to reprise in a caricature manner. Pointless over-exaggerated fighting, bloated egos, biting remarks – check, check, check. The video clip recap of the season turned into a hilarious satirical presentation. However, the episode delivered season low ratings, with just 491,000 viewers. The provocative series has lost some of its edge this season, with less politicized and less ambitious sketches, which was probably the reason for a certain decline in viewer interest. Inside Amy Schumer has already been renewed for a fifth installment, and many fans are hoping that the show will bounce back to its old acidic self. Stay tuned and we`ll inform you of the next season`s release date.

Share this with friends:
ReleaseDate.show » Release » Comedy Central has officially renewed Inside Amy Schumer for season 5
Related Serial
When Will

The release date for Veep season 6 — PendingThis article has the most up-to-date info on the status of Veep season 6 as we continuously monitor the news to keep you in the know. HBO has officially renewed the series for another season. To get…