This article has the most up-to-date info on the status of Divorce season 2 as we continuously monitor the news to keep you in the know. HBO has officially renewed the series for another season. To get notified of the premiere date – subscribe for updates below. 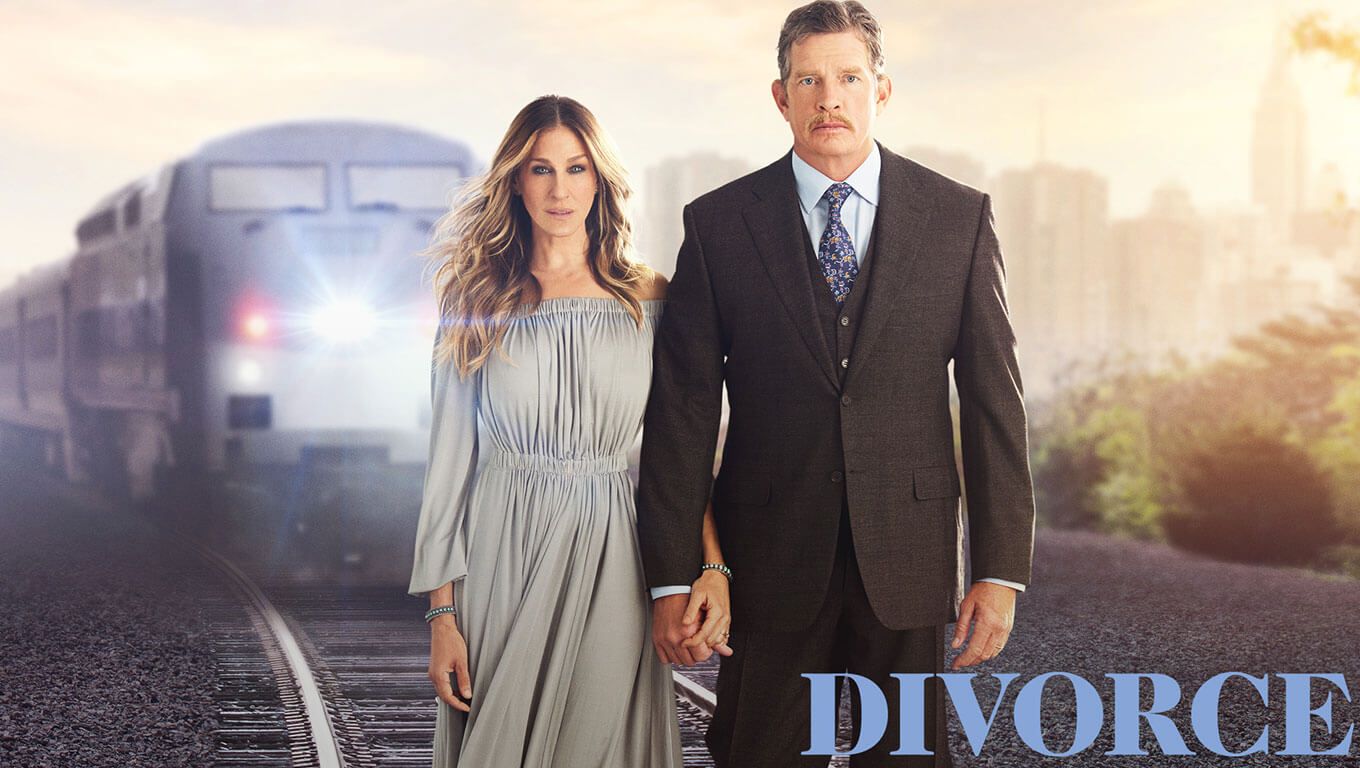 HBO has launched two new comedy series on October 9, 2016, and the highly anticipated Divorce is one of them. Created by Sharon Horgan, who is known for her top-notch work in Pulling and Catastrophe, the series is executive produced by Horgan with Paul Simms, Aaron Kaplan, Sarah Jessica Parker and Alison Benson. Pretty Matches Productions, Merman Films, Kapital Entertainment and 343 Incorporated collaborate on the production. The first season is slated to contain eight episodes.

Frances (Parker) and Robert (Thomas Haden Church) are a prosperous married couple with teenage children, soon to be divorced when Frances realizes that she`s put her own life on hold for many years for the sake of her husband. Frances` main trouble is boredom, which is probably what pushed her into an affair with an unimpressive guy who does not really care for her. What ensues is a drawn-out painful divorce, which gave the series its title.

While it would not be fair to say that the series is entirely disappointing, it did fail to meet the expectations of the fans of Horgan`s previous work. Divorce is just not as funny as her previous creations, the script is far blander, and the characters do not evoke much empathy. Even charming Sara Jessica Parker`s solid performance does not add much to Frances` purely unlikable character. In addition, there`s no chemistry, either positive or negative, between the leads. Divorce premiered to 0.57 million viewers, peaked at 0.85 million for the second episode, and went back down. Whether or not HBO decides to give the show another chance remains to be seen, but the reasonable scores of 63% on Rotten Tomatoes and 6.5/10 on IMDb do not leave out a possibility of renewal.

UPDATED November 16, 2016: HBO has renewed its whole fall freshman series lineup for second seasons, offering the fans a reason to rejoice. Sharon Horgan`s Divorce, which brought Sarah Jessica Parker back on the air after a twelve-year break, is among the three shows that have been recommissioned for a sophomore chapter. The comedy`s first season drew an average of 4.4 million viewers per episode, on par with the acclaimed Veep and Girls series, so everyone is hoping for another hilarious season of Divorce to be out soon. Stay tuned for further news and a release date.

Share this with friends:
ReleaseDate.show » Release » HBO has officially renewed Divorce for season 2
Related Serial
When Will