This article has the most up-to-date info on the status of American Housewife season 2 as we continuously monitor the news to keep you in the know. ABC is yet to make a decision on its future. Subscribe to our automatic updates below. 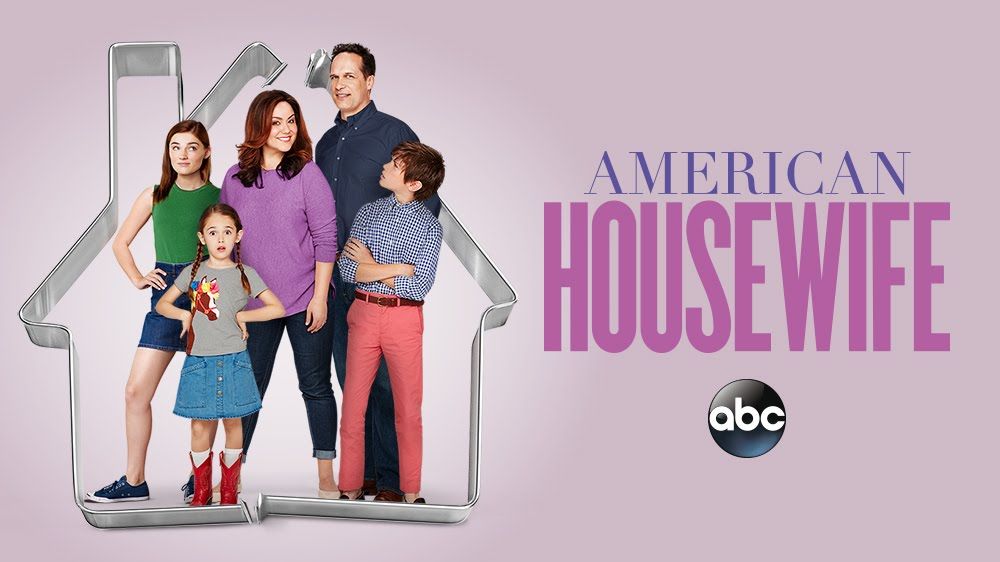 American Housewife is a new sitcom that was launched by ABC on October 11, 2016. Created and executive by Sarah Dunn with co-executive producing effort from Aaron Kaplan, Kenny Schwartz, Ruben Fleischer and Rick Wiener, the show hails from Kapital Entertainment, Eight Sisters, Weiner and Schwartz and ABC Studios.

Westport, Connecticut is a wealthy town full of privileged families with perfect kids. How do you survive being normal, which equals flawed, in a setting that requires so much of you? Well, it is exhausting for one, and Katie Otto (Katy Mixon) knows it better than anyone else. Her husband Greg (Diedrich Bader), three kids Taylor (Meg Donnelly), Oliver (Daniel DiMaggio), and Anna-Kat (Julia Butters), their school and other activities, as well as trying to stay socially adequate and on par with the neighbors drain her completely.

While Katy Mixon`s performance is universally praised, the rest of the show has received mixed reviews and is criticized for its heavy reliance on stereotypes. The premiere episode drew 6.6 million same day viewers, and earned a 1.9 rating in the 18-49 demo and a share of 7. By episode 4 the viewership went down to 5.1 million with a demo rating of 1.5 and a share of 5. The review aggregator websites are unanimous in their scores – all of them are average, 6.9/10 on IMDb, 60% on Metacritic and 54% on Rotten Tomatoes. The humor and absurdity of life in the suburbs offers a lot of opportunities for a potentially excellent show, so perhaps, if the American Housewife gets another chance from the network, it will take the criticism into account, and develop into something stronger. Stay tuned, and we will let you know when ABC makes a decision on the series` future.

Subscribe to receive news and updates when a show is renewed or canceled. You will receive an automatic email when theAmerican Housewife season 2 Episode 1 release date is officially announced.

Share this with friends:
ReleaseDate.show » Release » ABC is yet to renew American Housewife for season 2
Related Serial
When Will

NBC is yet to renew Superstore for season 3

ABC is yet to renew Speechless for season 2

NBC is yet to renew Timeless for season 2

The release date for Timeless season 2 — PendingThis article has the most up-to-date info on the status of Timeless season 2 as we continuously monitor the news to keep you in the know. NBC is yet to make a decision on its future. Subscribe to our…

The release date for Divorce season 2 — PendingThis article has the most up-to-date info on the status of Divorce season 2 as we continuously monitor the news to keep you in the know. HBO has officially renewed the series for another season. To get…