This article has the most up-to-date info on the status of The Almost Impossible Game Show (US) season 2 as we continuously monitor the news to keep you in the know. Unfortunately, MTV has officially canceled the series. There will be no season 2. 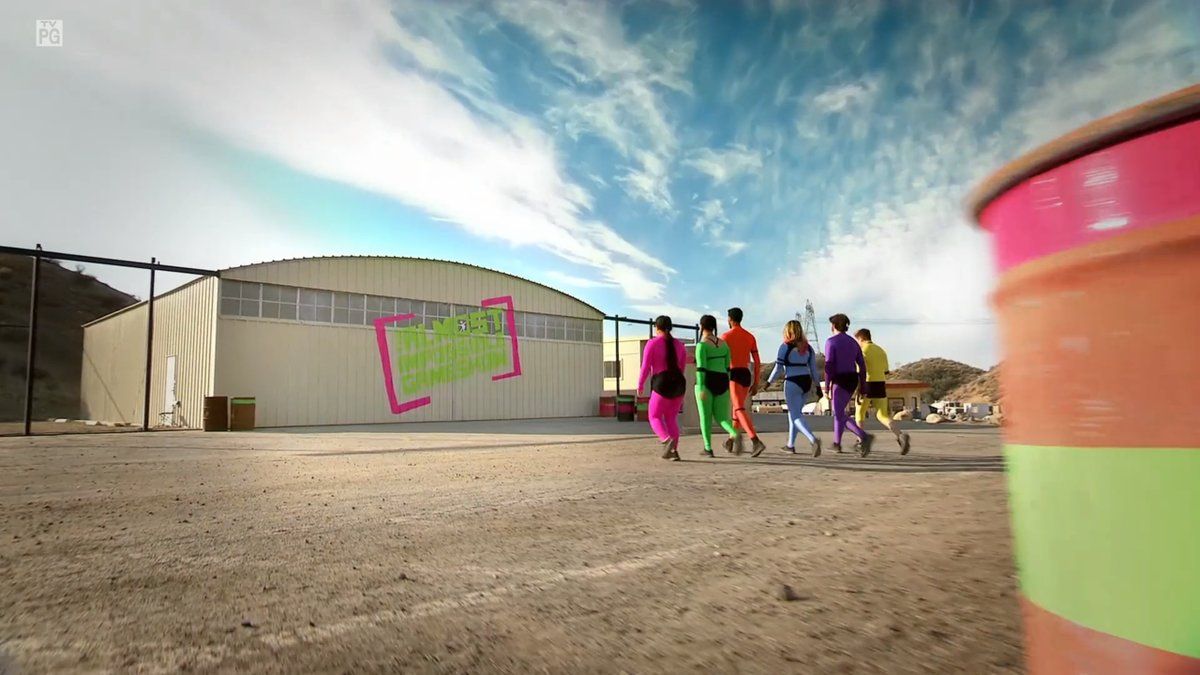 The Almost Impossible Gameshow is an MTV adventure game series produced by Endemol Shine North America in collaboration with Left Hook Media. It is executive produced by Matt Odger, Scott Teti, Georgie Hurford-Jones and Rob Smith. The series is based on the eponymous British program and both shows are presented by The Rubberbandits Irish comedy duo.

The concept of the show is somewhat absurd, which makes it all the more hilarious. The neon-clad participants start out with 40 lives, and have to successfully complete four out of six games, competing for themselves, but not against other contestants. The challenges are varied, unpredictable, and also borderline absurd – like riding a mini-bike across a balance beam over a sizable pit full of mud, or putting pants on while exercising on a treadmill. If a contestant fails to pass one of the challenges, he or she has to make an attempt until they manage to make it, and forty lives usually just aren`t enough.

The Almost Impossible Gameshow premiered to an already modest audience of 252,000 viewers and a 0.12 rating, declining further to 201,000 and 0.1 in the demo in week two, and subsequently falling off the ratings radar. There is theoretical potential in the absurd antics, but they may just be too crazy, or too pointless for the general public. The reviews are mixed, with most people, even those who find the series entertaining, agreeing that it is just too silly to last. Whether it will indeed last beyond the current freshman season is not quite clear at this point, so please stay tuned, and we will bring you the latest info.

UPDATED December 1, 2016: MTV is making some serious changes around the house in order to breathe some desperately needed life into the network`s ratings. Six unscripted programs were cut from the network`s programming slate, and The Almost Impossible Game Show was canceled among the rest. The show earned relatively unimpressive ratings and mixed reviews, so the cancelation is far from surprising. Farewell, The Almost Impossible Game Show, perhaps your name was overly complicated.

Share this with friends:
ReleaseDate.show » Release » MTV officially canceled The Almost Impossible Game Show (US) season 2
Related Serial
When Will