This article has the most up-to-date info on the status of The Island with Bear Grylls Series 4 as we continuously monitor the news to keep you in the know. Channel 4 has officially renewed the series for another season expected to debut in Spring 2017. To get notified of the exact premiere date – subscribe for updates below. 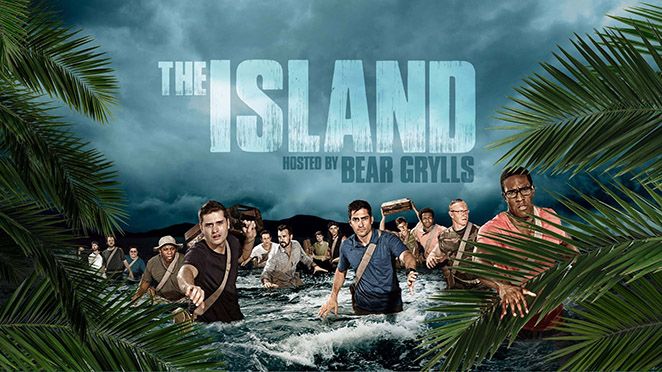 The Island with Bear Grylls is a British survival reality TV show that features survival under extremely harsh conditions and with minimal supplies. Presented as a survival challenge for the modern person, the series chronicles the daily lives without any luxuries of 21st century living. Hosted and narrated by the popular British adventurer Michael “Bear” Grylls, series 1 of the show debuted on Channel 4 in the U.K. in 2014. Series 3 premiered on March 28, 2016.

Dropped off on an uninhabited island with only the clothes on their back, the participants are expected to use their primal instincts to survive. Natural resources like fresh water, indigenous plants and some animals, are the men’s only hope for hydration and sustenance. Armed with machetes, knives, head torches and an emergency medical kit, the participants donned GPS spot trackers, and had access to radio and satellite phone in case of extreme emergencies.

In this series two gender-specific groups containing 8 people each will be dropped off at the opposite ends of the island. The men and the women will meet at some point, and the extra pressure (as if surviving in the wild was not stressful enough) will intensify the trials of finding food, water and shelter with a bare minimum of supplies and only basic preliminary training. The groups include men and women from all walks of life, with 2 camera operators in each team, who live under the exact same conditions as the rest of the crew members. The riveting exploration of human psyche and group dynamics under extreme conditions is hypnotizing.

In 2015 the show won the prestigious BAFTA TV Award and averaged 3.2 million viewers for series 2. The Island`s current third series got off to its best start yet with the debut episode seen by 2.6 million viewers. The impressive number is a million more than the previous series` premiere and 0.7 million over the series premiere viewership in 2014. There`s almost no doubt that The Island with Bear Grylls will be renewed for another run, so please stay tuned for announcements.

UPDATED May 4, 2016: The hit BAFTA-winning survival show The Island with Bear Grylls is now officially confirmed for a fourth series, to air in the spring of 2017. Casting has been announced on Channel 4 for more contestants willing to test their survival skills, and is open until July 17, 2016. According to the casting announcement, the contestants need to be able to be available for filming for a six-week period, which suggests that the next series will probably have an extended episode count. Sign up for our automatic updates and receive all relevant information regarding a release date of the upcoming series of The Island with Bear Grylls via e-mail.

Share this with friends:
ReleaseDate.show » Release » Channel 4 officially renewed The Island with Bear Grylls for series 4 to premiere in Spring 2017
Related Serial
When Will