This article has the most up-to-date info on the status of Tatau Series 2 as we continuously monitor the news to keep you in the know. BBC Three is yet to make a decision on its future. Subscribe to our automatic updates below. 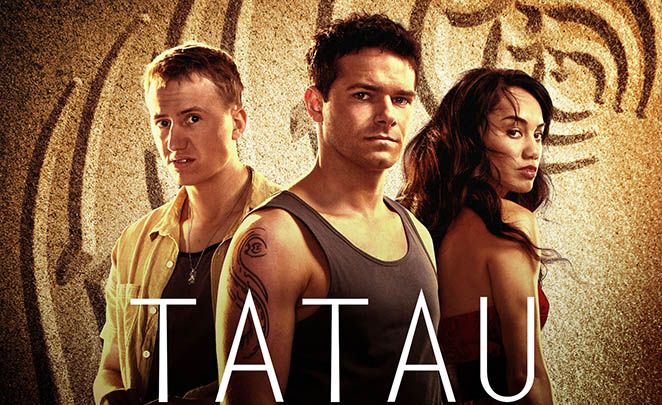 Tatau is a new supernatural murder mystery TV series set in U.K.’s Cook Islands and pivots around two twenty-something friends who leave their comfortable digs in London to travel the world. The series became a hit after its debut on BBC Three on April 12, 2015. With just eight episodes, it’s unclear whether the network will pick it up for a second series.

Kyle Connor and his close friend Paul “Budgie” Griffiths have plans to travel the world together, but before they go, Kyle gets a Maori-style tattoo to mark their intended final destination — Cook Islands. The mysteries unfold when Kyle finds the dead body of a local girl, Aumea while snorkeling in a lagoon. But when he returns to the scene with authorities, the body has disappeared. Desperate to find out what actually happened, Kyle and Budgie must go deep inside the mysteries of Maori myths and symbols, and at times experience hallucinatory visions which eventually lead Kyle to discover the real meaning behind his tattoo.

Reviews for Tatau have been mostly negative since its initial premiere. Dubbed as weak and incredibly annoying, the show has been a target of not-so-nice press coverage. Viewers have also opted to skip the show due to a significant lack of character development and mostly forgettable action. Scoring just 33% fresh rating on Rotten Tomatoes, it’s unlikely that Tatau will be renewed for a second season. BBC Three has not made any official announcements regarding the fate of the show. We’ll have a renewal update on a potential Tatau series 2 as soon as it’s available.

Subscribe to receive news and updates when a show is renewed or canceled. You will receive an automatic email when theTatau Series 2 Episode 1 release date is officially announced.

Share this with friends:
ReleaseDate.show » Release » BBC Three is yet to renew Tatau for series 2
Related Serial
When Will