This article has the most up-to-date info on the status of Tiny House Nation season 4 as we continuously monitor the news to keep you in the know. FYI is yet to make a decision on its future. Subscribe to our automatic updates below. 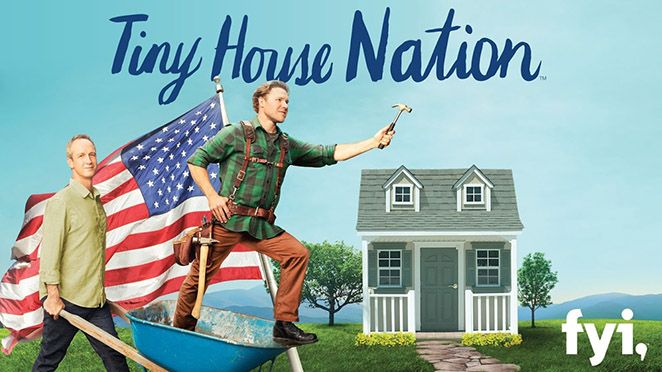 Tiny House Nation is an original docu-series which celebrates the exploding trend of extreme downsizing in America. Hosted by John Weisbarth and renovation expert Zack Giffin, the show is produced by Loud TV. The first season of Tiny House Nation premiered on the independent FYI network on July 9, 2014, with the most recent season 3 launching on April 13, 2015.

John Weisbarth and Zack Giffin travel across the U.S. showing off ingenious ideas for maximizing small spaces and telling the heartwarming stories of people who live there. Along the way, they help families design and construct their mini dream homes, taking up just 500 square feet of total space. Each episode features tiny feats and brings to light some brilliant families who’ve endured difficulties and must now start over.

Episodes of Tiny House Nation season 3 featured a family who faced permit issues that threatened to halt the rebuilding of their home destroyed by Hurricane Katrina- a mom and her toddler who live in an off-the-grid trailer in California- and a steam-punk themed home built for cross country travel in Utah. Each episode shows off creative ways to make a space comfortably and cozy, no matter what size it is. With a double digit rise in viewership for season 2 and season 3, fans are waiting for news from the network for a potential renewal of Tiny House Nation season 4. So far, FYI has made not official announcements regarding the fate of the show.

Updated March 4, 2016: The exciting series that follows the major trend of Americans downsizing their home spaces and simplifying their lifestyles, Tiny House Nation is coming back with brand new season three episodes on Saturday, March 26, 2016 at 9pm. The premiere episode of the 3rd chapter`s second part will feature NBA player Matt Bonner and his family who have to figure out a way to fit a pro basketball player into a tiny home that he and his family want to inhabit. Don`t miss it!

Subscribe to receive news and updates when a show is renewed or canceled. You will receive an automatic email when theTiny House Nation season 4 Episode 1 release date is officially announced.

Share this with friends:
ReleaseDate.show » Release » FYI is yet to renew Tiny House Nation for season 4
Related Serial
When Will