This article has the most up-to-date info on the status of Say Yes To The Dress Australia Series 2 as we continuously monitor the news to keep you in the know. TLC (AU) is yet to make a decision on its future. Subscribe to our automatic updates below. 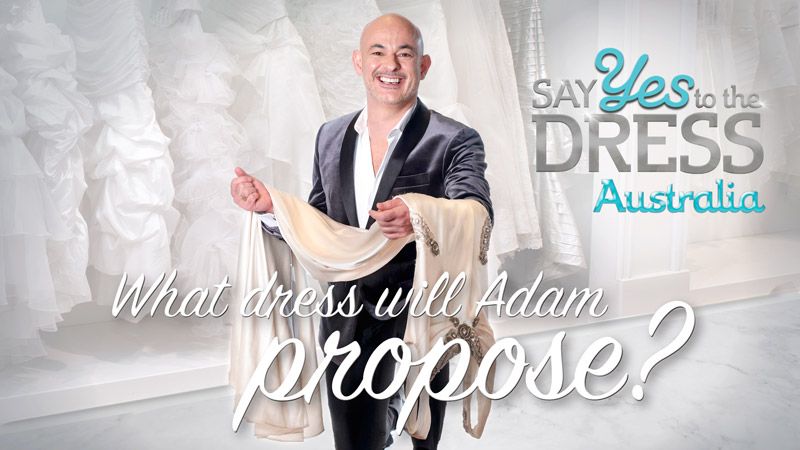 Say Yes to the Dress: Australia is the Aussie reality television series airing on TLC AU. The format of the program is adapted from the eponymous US show and the Australian version premiered on October 26, 2016. McAvoy Media is behind the production, with Maria Handas and John McAvoy executive producing the program.

Wedding gown designer Adam Dixon of the premium-class Brides of Sydney salon helps the brides-to-be find the perfect dress for one of the biggest occasion in their lives. They visit the bridal salons and are assisted in the process by a whole team of specialists. The women indulge themselves in a day of shopping with her friends and female relatives at a store that has over 1000 dresses to offer. Three brides per episode choose a dress for their upcoming weddings, although actually having a groom and a wedding to attend in that dress in not a prerequisite for participation in Say Yes to the Dress, as one of the ladies in the premiere episode easily proves.

The concept of the show seems primitive, yet the US original version of the show has gone through fourteen seasons, and is not slowing down, having spawned several spinoffs, including one in the UK set for 2016 release. The Australian spinoff is popular, with light-hearted and entertaining half-hour episodes that have found their audience. However, if you are inspired by the show, and are about to go into the bridal salon for a dress you fell in love with on the television series, beware that “actual retail prices may vary”, as we learn from Adam. Stay tuned for more news on the future of Say Yes to the Dress Australia.

Subscribe to receive news and updates when a show is renewed or canceled. You will receive an automatic email when theSay Yes To The Dress Australia Series 2 Episode 1 release date is officially announced.

Share this with friends:
ReleaseDate.show » Release » TLC (AU) is yet to renew Say Yes To The Dress Australia for series 2
Related Serial
When Will