The release date for Stan Against Evil season 2 — Pending

This article has the most up-to-date info on the status of Stan Against Evil season 2 as we continuously monitor the news to keep you in the know. IFC is yet to make a decision on its future. Subscribe to our automatic updates below. 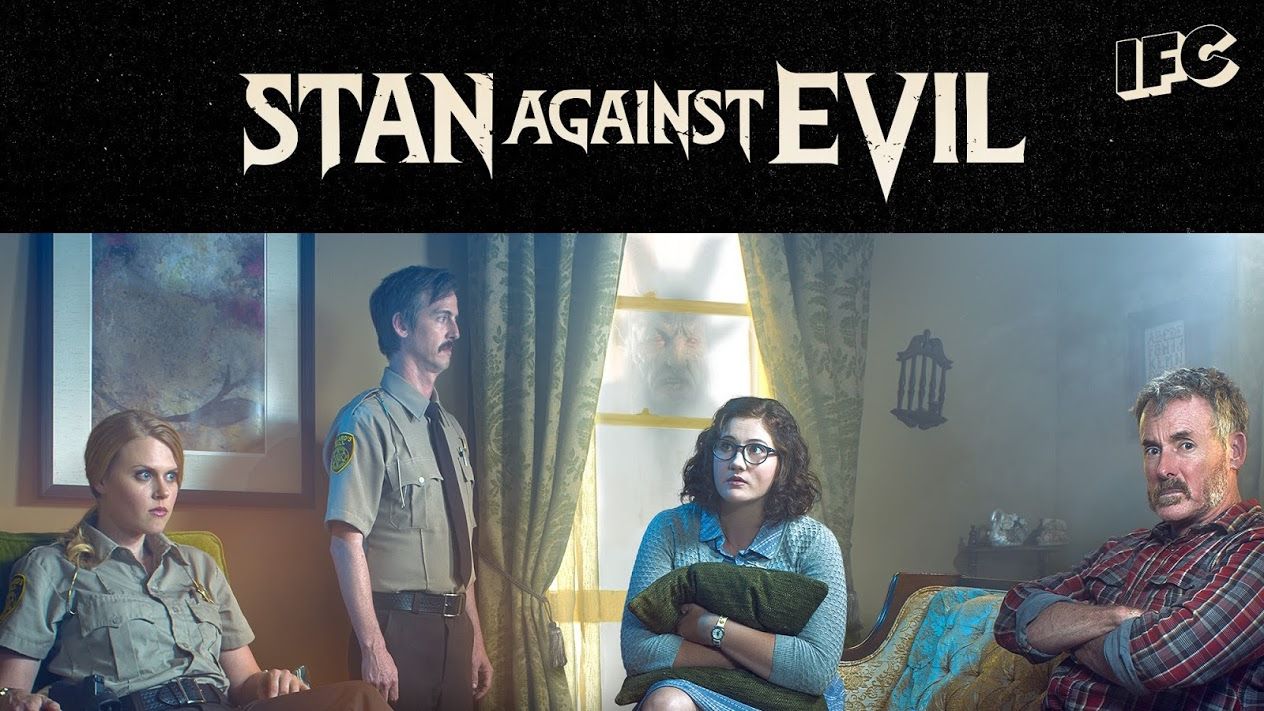 Stan Against Evil is a new comedy horror television series that debuted on IFC in the United States on November 2, 2016. Created and executive produced by Dana Gould with Tom Lassaly, Frank Scherma and Justin Wilkes the series is produced by 3 Arts Entertainment and Radical Media. The freshman season contains eight half-hour episodes.

The show is set in a small New England town with a history of witch hunts in the past, which is haunted by demons at the present time. Ex-sheriff Stanley Miller (John C. McGinley) and new sheriff and single mother Evie Barrett (Janet Varney) team up to figure out a way to protect their town. The mix of genres works very well, and McGinley is unanimously praised in the lead role.

The freshman season averaged approximately under 0.2 million viewers per episode and earned a 6.7/10 IMDb score. The reviewers note that while there are similarities between the show and Ash vs. the Evil Dead, it is not at all a ripoff, but rather a fun parody interpretation of similar subject matter with references to the popular series. Stan Against Evil is witty, funny, scary and well-acted. The almost unanimous complaint is that the episodes are too short to allow for proper storyline or character development. While no renewal announcements have been made yet, the show seems popular enough for a second season to be commissioned, so please stay tuned, and we`ll inform you when a decision is made on the show`s future.

On November 23, 2016 the eight-episode freshman installment of Stan Against Evil wrapped up on IFC with a 2-part finale that was spread over two weeks. The comedy horror series earned positive reviews, picking up steam be the end of the season. The season finale`s two parts drew 0.24 and 0.21 million viewers, respectively, and while the number is not huge, it is definitely reasonable for a small independent network like IFC. The season finale portrays Evie`s apparent death in both the past and the present, and viewers are hoping for Stan to make good use of Claire`s demon book and weaponry in order to reverse this tragic event in the next season, if Stan Against Evil is indeed renewed for season 2, which has not been commissioned yet. The possibility, however, is open and certainly real considering the fans` positive reviews, so please stay tuned and we will let you know when any announcements regarding the show`s future are made by the network.

Subscribe to receive news and updates when a show is renewed or canceled. You will receive an automatic email when theStan Against Evil season 2 Episode 1 release date is officially announced.

Share this with friends:
ReleaseDate.show » Release » IFC is yet to renew Stan Against Evil for season 2
Related Serial
When Will