The release date for Off Their Rockers series 5 — Pending

This article has the most up-to-date info on the status of Off Their Rockers Series 5 as we continuously monitor the news to keep you in the know. ITV is yet to make a decision on its future. Subscribe to our automatic updates below. 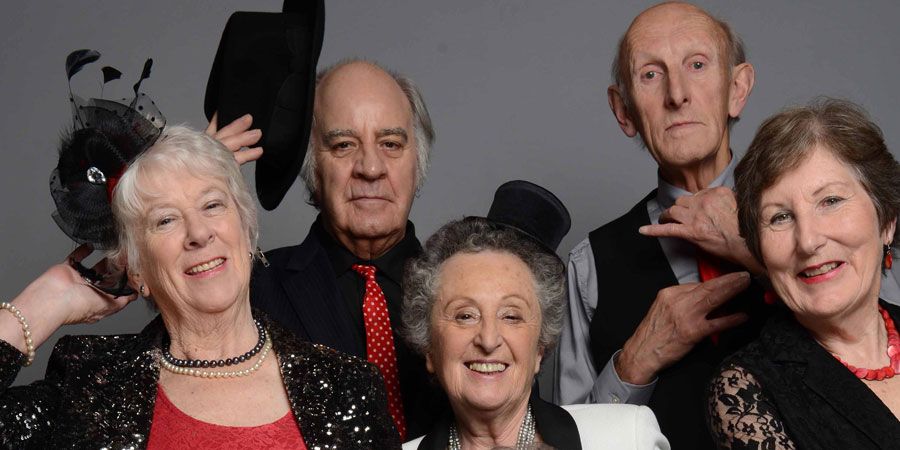 Off Their Rockers is a British comedy sketch show airing on ITV since 2013. It is created by Tim Van Aelst on the basis of the hit Belgian program Benidorm Bastards and its US version Betty White`s Off Their Rockers. The show is currently broadcasting its fourth series that premiered on November 6, 2016 and contains seven episodes, in line with the previous installments. It is executive produced by Murray Boland, Mobashir Dar and Danielle Lux and hails from CPL Productions and Independent Television.

Old age is obviously no hindrance to having fun, or to inflicting fun on other people, as the brilliant, uninhibited cast of senior citizens on Off Their Rockers proves beyond any doubt. The hidden cameras document the outrageous pranks that these men and women, aged between 63 and 86, play on the unsuspecting members of the public,most of them young enough to be their grandchildren.

The current installment takes Mo to the bull run in Ibiza, features universal cancer advice from Keith, sees Marry and Joan battling for the title of “the most Kardashian”, and much, much more. The hilarious and optimistic show earned a 6.7/10 IMDb score, and has become a fan-favorite for its silliness and charming personalities of the eccentric cast. While there`s been no word from ITV on the fate of Off Their Rockers, we expect another season of pure giddiness, outrageous pranks and seemingly effortless stunts to hit the screens in the future. The pranks do get a bit repetitive after a while, but some of the setups are rather inventive, and there are enough fans enjoying the format to make it last.

Subscribe to receive news and updates when a show is renewed or canceled. You will receive an automatic email when theOff Their Rockers Series 5 Episode 1 release date is officially announced.

Share this with friends:
ReleaseDate.show » Release » ITV is yet to renew Off Their Rockers for series 5
Related Serial
When Will

The CW is yet to renew Whose Line Is It Anyway? for season 13

Showtime is yet to renew Shameless for season 8

The release date for Shameless season 8 — PendingThis article has the most up-to-date info on the status of Shameless season 8 as we continuously monitor the news to keep you in the know. Showtime is yet to make a decision on its future. Subscribe…