The release date for The Shannara Chronicles season 2 — Pending

This article has the most up-to-date info on the status of The Shannara Chronicles season 2 as we continuously monitor the news to keep you in the know. MTV has officially renewed the series for another season. To get notified of the premiere date – subscribe for updates below. 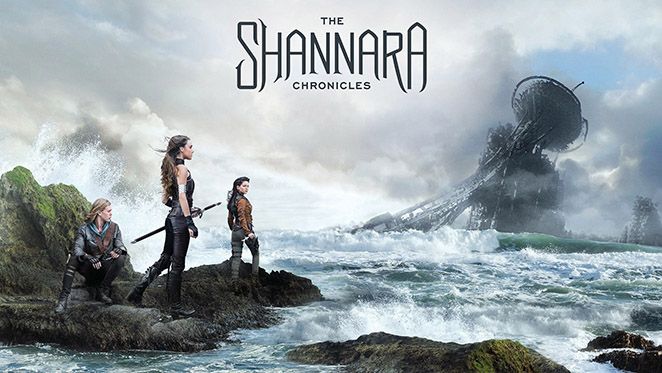 In the 1970s, the novels by Terry Brooks became the catalyst which again refueled public interest in the genre of high fantasy, or even more specifically in the works by Tolkien. After that, began the golden age of fantasy novels and as a consequence, fans got an opportunity to savor the cinematographic incarnation of Peter Jackson`s Middle-earth. And finally, the fantasy genre has made a full circle – in the wake of the amazing success of The Hobbit, in the beginning of 2016 an eponymous television adaptation of the series of Terry Brooks’ novels The Shannara Chronicles hit the small screen. The new fantasy and adventure TV show was commissioned by the MTV network and tailored to the younger audience. The script was adapted by Alfred Gough and Miles Miller. The new series comes from the production companies Farrah Films, Milla Gough Ink, Raygun One, Sonar Entertainment and MTV Production Development. Season 1 came out in the US on January 5, 2016.

The Shannara Chronicles was shot on location in New Zealand, a favorite destination for most fantasy film productions. The freshman season is set to contain ten episodes. The world of the Shannara Chronicles is one set in a post-War of the Races time, where half-human/half elf Wil (Austin Butler), elf princess Amberie (Poppy Drayton) and human girl Eretria (Ivana Baquero) set out on a journey to save an ancient tree from dying so that it would keep protecting their world from demons that would otherwise be unleashed. The debut installment of the series is based on the second book from the series. The novels technically belong to the genre of heroic fantasy. However, both the new series and the novels also have techno-fantasy and post-apocalyptic elements.

Season 1 of The Shannara Chronicles debuted in the US on the MTV channel on Tuesday, January 5, 2016 and contained ten episodes, with the season finale having been aired on March 1, 2016. The premiere episode has attracted more than 1 million viewers to the small screen, and while the ratings have since come down a little – to an average of 0.89 million people per episode – the viewer interest has only grown, with the series getting rave reviews from new younger fans and a lot of traction on social media. On the IMDb, the adventure series currently holds an average score of 7.9 out of 10 based on almost twenty thousand ratings. It is clear now that there is a niche for the series, but there has still been some criticism of it not making good enough use of the source material.

UPDATED April 21, 2016: A 10-part debut installment of the MTV network’s newest fantasy and adventure TV series The Shannara Chronicles bowed out on March 1, 2016 and ever since the fans of the new show have been waiting with bated breath to hear the news of the future of the series. Well, we are pleased to inform you that the network has just officially announced the renewal of their new popular show for a second round. The renewal decision was based on very impressive ratings – the series has delivered an average total viewership of almost 1.8 million per episode – and very positive feedback from the audiences. The creative team has already committed to raise the bar even higher for a second season, but no plot details or cast changes have been revealed at this point. The premiere date for The Shannara Chronicles season 2 is yet to be set, so stay tuned or sign up for our updates.

Share this with friends:
ReleaseDate.show » Release » MTV has officially renewed The Shannara Chronicles for season 2
Related Serial
When Will