This article has the most up-to-date info on the status of Holmes + Holmes season 2 as we continuously monitor the news to keep you in the know. HGTV Canada is yet to make a decision on its future. Subscribe to our automatic updates below. 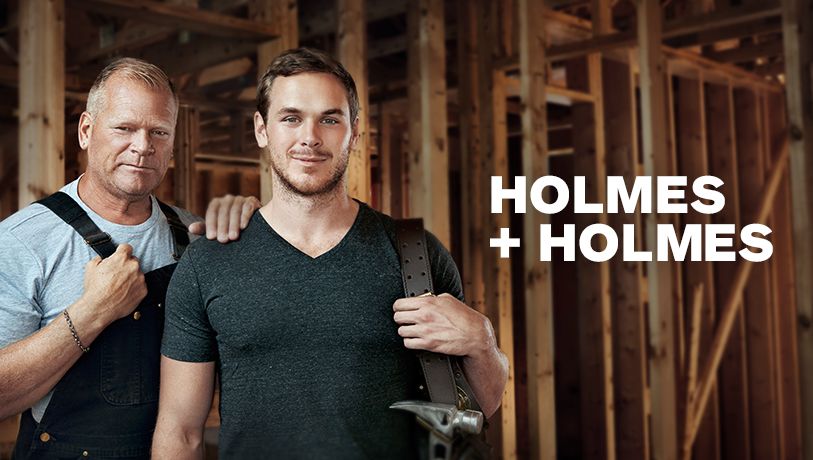 Holmes + Holmes is a new Canadian home renovation series that premiered on HGTV Canada on November 10, 2016. The series is produced by Mike Holmes` very own television production company Make It Right Productions, a name that clearly reflects his attitude towards life. Besides renovating homes, fixing others` renovations gone wrong and partnering with other Canadian builders to raise awareness of minimum industry standards, Holmes is also the creator of the Holmes Foundation, which seeks to improve the education quality in the trade of residential construction, in order to avoid the mistakes that he often encounters in his work.

The show features versatile Canadian native Mike Holmes, a businessman, investor, TV personality and philanthropist. His previous appearances in numerous other shows include Holmes on Homes and Holmes Inspection, among others, besides, he also acts as a judge on Handyman Superstar Challenge and its American version All American Handyman.

Holmes + Holmes features Mike Holmes and his son Mike Holmes Jr. (MJ) in the process of rebuilding MJ`s bachelor bungalow into the ideal place for a couple – MJ and his girlfriend Lisa. The two-story house is not a huge project for a man like Mike Holmes, but he and his son do not necessarily share the same ideas about the process, and their conflict over the approach to the work is what gives the show an extra edge, some humor and a bit of drama. Their work ethic is strong as ever, and the technique is close to perfect, so please tune in and enjoy this father/son collaboration not to be forgotten. Chances are that the duo will finish their project by the end of the season, so it`s difficult to assess the chances of this program being renewed. In any case, shows involving Mike Holmes are not about to disappear from the programming slate, so please stay tuned for related news.

Subscribe to receive news and updates when a show is renewed or canceled. You will receive an automatic email when theHolmes + Holmes season 2 Episode 1 release date is officially announced.

Share this with friends:
ReleaseDate.show » Release » HGTV Canada is yet to renew Holmes + Holmes for season 2
Related Serial
When Will

The release date for 19-2 season 4 — PendingThis article has the most up-to-date info on the status of 19-2 season 4 as we continuously monitor the news to keep you in the know. Bravo has officially renewed the series for another season expected to…