This article has the most up-to-date info on the status of MECH-X4 season 2 as we continuously monitor the news to keep you in the know. Disney XD has officially renewed the series for another season. To get notified of the premiere date – subscribe for updates below. 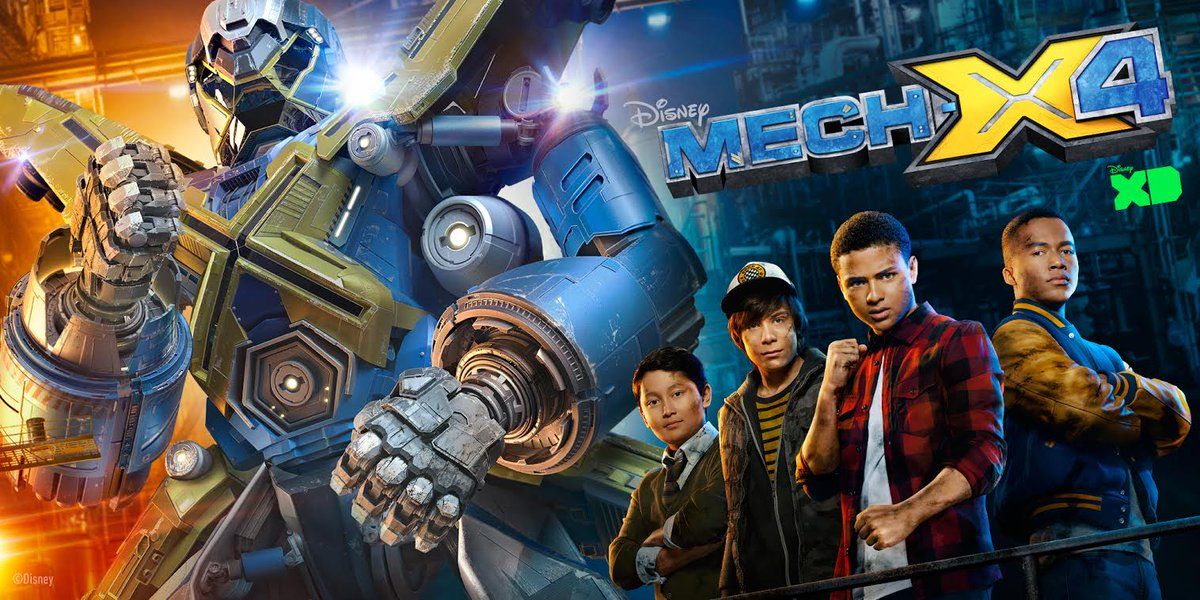 Mech-X4 is a new Disney XD live-action science fiction and comedy television series. The show is created and executive produced by Steve Marmel, with Anupam Nigam, Zach Lipovsky and Brian Hamilton. Bay City Productions, Marmel Dynamics and Omnifilm Entertainment are behind the production of the series, which debuted on November 11, 2016.

Ryan Walker (Nathaniel Potvin) is a high school student with a strange gift – technopathy, an amazing talent that allows him to control technological devices with his mind. His newfound ability wakes up an enormous robot named Mech-X4 which was constructed by a mysterious genius in order to defend their city from an impending threat. Two of Ryan`s best buddies, Harris (Kamran Lucas) and Connor “Spyder” Johnson (Pearce Joza) and his older brother Mark (Raymond Cham) team up, learn to pilot Mech-X4 and ultimately save the world from annihilation.

The action-filled tech adventure series has attracted a considerable audience of 1.26 million viewers for the premiere episode and remained at the approximately the same level in the following weeks. Mech-X4 was renewed for a second season prior to the series debut, and while the release date for the sophomore installment has not yet been revealed, we know that its production has already began in fall 2016. The fun show starring a 150-foot robot is the first of its kind, and its popularity is understandable. Please stay tuned for further information and we`ll keep you up on the latest news.

Share this with friends:
ReleaseDate.show » Release » Disney XD has officially renewed MECH-X4 for season 2
Related Serial
When Will

Disney XD is yet to renew Atomic Puppet for season 2

The release date for Mr. Robot season 3 — PendingThis article has the most up-to-date info on the status of Mr. Robot season 3 as we continuously monitor the news to keep you in the know. USA Network has officially renewed the series for another…

USA Network is yet to renew Hacking Robot for season 2