This article has the most up-to-date info on the status of Sweet/Vicious season 2 as we continuously monitor the news to keep you in the know. MTV is yet to make a decision on its future. Subscribe to our automatic updates below. 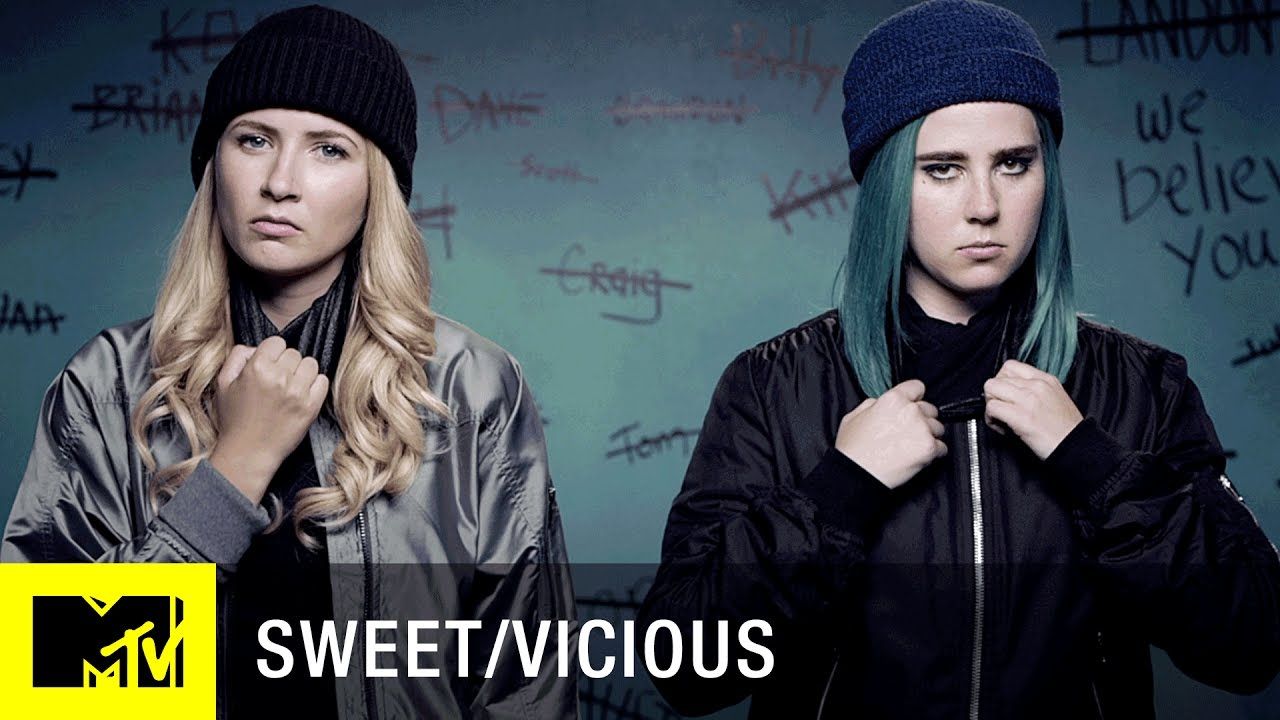 A new MTV black comedy live action series, Sweet/Vicious premiered on November 15, 2016 with a 10-episode freshman season. The show is created and executive produced by Jennifer Kaytin Robinson with additional exec producing effort from Stacey Sher and Amanda Lasher, and hails from VMN.

The show revolves around Jules Thomas (Eliza Bennett) and Ophelia Mayer (Taylor Dearden), two students set on bringing justice to those who are robbed of it on their college campus. The duo become wannabe vigilantes, and their first cases involve a guy using a dating app to lure potential victims to meetings and a ride-share driver who attacks his passengers, who often happen to be drunk and vulnerable.

An unimpressively sized audience of just 0.27 million viewers tuned in to see the series premiere, which also earned a rather dismal 0.12 demo rating, the second episode drew just 0.178 million viewers and a 0.09 in the demo, and on week three the show dropped below 0.07 in the demo and off the charts. Sweet/Vicious earned a 7.5/10 score on IMDb and a rarely seen 100% on Rotten Tomatoes, which does not, unfortunately, change the fact that the ratings are ridiculously low. Will Sweet/Vicious live to see another season? It does not seem likely, but nothing is entirely impossible. Please stay tuned for further information.

Subscribe to receive news and updates when a show is renewed or canceled. You will receive an automatic email when theSweet/Vicious season 2 Episode 1 release date is officially announced.

Share this with friends:
ReleaseDate.show » Release » MTV is yet to renew Sweet/Vicious for season 2
Related Serial
When Will

The release date for Mum series 2 — PendingThis article has the most up-to-date info on the status of Mum Series 2 as we continuously monitor the news to keep you in the know. BBC Two has officially renewed the series for another season. To get…

This article has the most up-to-date info on the status of Vicious Season 3 as we continuously monitor the news to keep you in the know. Unfortunately, PBS has officially canceled the series. There will be no Season 3.Storyline and castVicious is a…