The release date for The Little Couple season 9 — Pending

This article has the most up-to-date info on the status of The Little Couple season 9 as we continuously monitor the news to keep you in the know. TLC has officially renewed the series for another season. To get notified of the premiere date – subscribe for updates below. 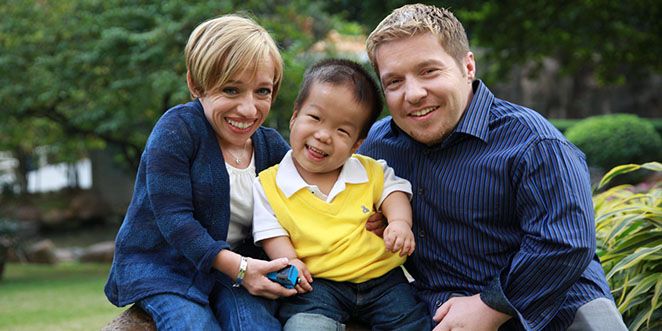 The Little Couple is a US reality television series. It`s been on the air since May 26, 2009, and is currently in its eighth season that premiered on TLC on January 5, 2016. The series is produced by LMNO Productions and executive produced by Eric Schotz, Ruth Ruvin and Melissa Tallerine.

The family featured on The Little Couple consists of Bill Klein, Jennifer Arnold and their two adopted children – William, from China, and Zoey. from India. All of them have a condition known as skeletal dysplasia, or dwarfism. Jennifer is a neonatologist who works at Texas Children`s Hospital, Bill is a businessman, the family also owns a pet store in Houston which is also sometimes featured in the series. The couple originally met on the set of another TLC program, Little People: Just Married.

The series is a popular one, with a 7.0/10 on IMDb and 7.3/10 on TV.com. It is definitely one of the more authentic and heart-warming examples of reality series. There are the usual highs and lows in the life of a family, a wonderful relationship between Jen and Bill, but also very serious issues like the international adoption of children who share the health condition with their parents, and Jen`s battle with a rare type of cancer. All of this makes the series powerfully emotional and inspiring for the audience. The Little Couple`s season 8 premiere episode on January 5, 2016 gathered 2.5 million viewers, and 0.69 in the P18-49 demographic. This sweet and strong family`s journey portrayal on screen is likely to be renewed for another season, so please stay tuned for network news.

UPDATED April 4, 2016: The life journey of Bill Klein, Jennifer Arnold, and their two children William and Zoey, will continue to be portrayed on TLC. The renewal of The Little Couple for season 9 was announced as a part of the network`s upfront programming presentation, which revealed interesting details about the upcoming slate, such as the first-time introduction of an original scripted series. There has been no mention of a release date for the next season of The Little Couple, so please sign up for our updates and you will be notified of any relevant news via an automatic e-mail.

Share this with friends:
ReleaseDate.show » Release » TLC has officially renewed The Little Couple for season 9
Related Serial
When Will