This article has the most up-to-date info on the status of American Idol season 16 as we continuously monitor the news to keep you in the know. Unfortunately, FOX has officially canceled the series. There will be no season 16. 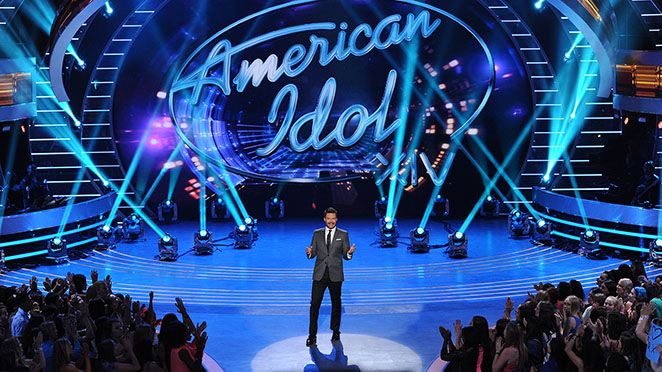 American Idol is a long-running US singing competition series on the air since June 11, 2002. It is created by Simon Fuller, produced by 19 Entertainment, and executive produced by Cedie Frot-Coutaz, Simon Fuller and Per Blankens. The series is presented by radio personality Ryan Seacrest. The current 15th season debuted on January 6, 2016, with the judge panel consisting of actress Jennifer Lopez, jazz singer Harry Connick Jr., and country singer Keith Urban.

The series` format hails from the UK show Idols. The series aims to find new talented singers and employs a panel of judges, but the winner is determined by means of viewer voting and receives a contract with a major record label. The show has served as a bona fide springboard for many talented artists who went on to produce Billboard chart-topping songs, including Kelly Clarkson, Fantasia Barrino, Clay Aiken, Carrie Underwood and Chris Daughtry.

Current season and reasons for cancelation

American Idol`s success between 2003 and 2011 is unprecedented in the broadcasting history of American TV, as it has been ranked #1 in US television ratings, averaging 19 to 31 million viewers. The viewership ratings have subsequently declined, and Fox had announced on May 11, 2015, prior to season 14 finale, that the fifteenth season will be the final one for the series. This season will have additional retrospective focus on the previous season`s alumni. The series` success in its peak years had spawned a number of similar singing competition series. Even though the 11.6 million viewer average for the last completed season is a number some of the surviving shows will never achieve, it is no longer enough to make the series a profitable commercial venture with all the high production costs involved. So, alas, we have to say good-bye to the series that seemed to have become an integral part of Fox.

Pop is yet to renew Sing It On for Season 3