This article has the most up-to-date info on the status of My Diet Is Better Than Yours season 2 as we continuously monitor the news to keep you in the know. ABC is yet to make a decision on its future. Subscribe to our automatic updates below. 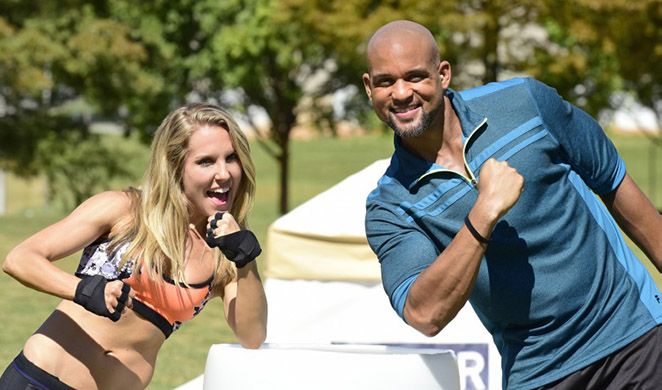 My Diet Is Better Than Yours is an American reality competition series that premiered on ABC in January 7, 2016. It is produced by Milojo Productions and Kinetic Content, and executive produced by Chris Coelen, Katie Griffin and Susan House. The series is presented by Insanity`s Shaun T and features five contestants looking to lose weight.

Eight one-hour episodes follow the contestants` interactions with their celebrity trainers, who employ their own methods to lead their assigned participants to success. There is no boot camp of any sort, the contestants lead their normal lives at home, but they do follow a specific agreed-upon regimen that consists of a diet and a workout plan. If a trainer doesn`t deliver the expected result, he or she may be eliminated from the show by the contestant under his or her supervision.

My Diet Is Better Than Yours is a popular program, with 2.22 million viewers tuning in to see the most recent episode on January 21, 2016. The weight-loss television competitions almost always attract enough of an audience to be a success. This one also offers a twist on the regular format, and lacks the usual drama of the contestants staying together, forming alliances, or backstabbing, et cetera. For some of the viewers this is a negative aspect, but most find it refreshing, more realistic and encouraging. It seems like a promising format that might warrant a renewal. However, there has not been any word from the network on the fate of the series, so viewers have to wait for official news.

Subscribe to receive news and updates when a show is renewed or canceled. You will receive an automatic email when theMy Diet Is Better Than Yours season 2 Episode 1 release date is officially announced.

Share this with friends:
ReleaseDate.show » Release » ABC is yet to renew My Diet Is Better Than Yours for season 2
Related Serial
When Will