The release date for Blood, Sweat and Heels season 3 — Pending

This article has the most up-to-date info on the status of Blood, Sweat and Heels season 3 as we continuously monitor the news to keep you in the know. Bravo is yet to make a decision on its future. Subscribe to our automatic updates below. 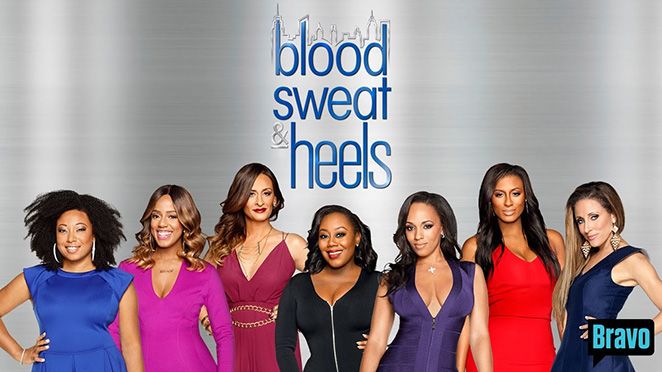 Blood, Sweat & Heels is a reality series that features professional, personal and social group of women who live and play in New York City. Produced by the brains behind successful series like The Real Housewives, The Bachelor and Pawn Stars, season 1 of Blood, Sweat & Heels debuted on Bravo on January 5, 2014. Season 2 of the show premiered on March 29, 2015.

Ranked as the network’s best series premiere, the first episode of Blood, Sweat & Heels drew in 2.5 million viewers, with 1.4 million of them hitting Bravo’s target demographic of 18-49 year old adults. Ratings in season two slumped significantly, with only 1.32 million tuning in to the premiere episode and further dropping to just 0.93 million by the end of the second season. Reviews have been mixed, despite a big audience turnout. Scoring slightly above average, a 5.8 out of 10 on IMDb, the fate of the show remains unknown. Bravo has not released any information regarding a possible renewal of Blood, Sweat & Heels for season 3.

Subscribe to receive news and updates when a show is renewed or canceled. You will receive an automatic email when theBlood, Sweat and Heels season 3 Episode 1 release date is officially announced.

Share this with friends:
ReleaseDate.show » Release » Bravo is yet to renew Blood, Sweat and Heels for season 3
Related Serial
When Will

BBC One is yet to renew New Blood for series 2

The release date for New Blood series 2 — PendingThis article has the most up-to-date info on the status of New Blood Series 2 as we continuously monitor the news to keep you in the know. BBC One is yet to make a decision on its future. Subscribe to…