This article has the most up-to-date info on the status of Wentworth Series 5 as we continuously monitor the news to keep you in the know. Soho has officially renewed the series for another season expected to debut in 2017. To get notified of the exact premiere date – subscribe for updates below. 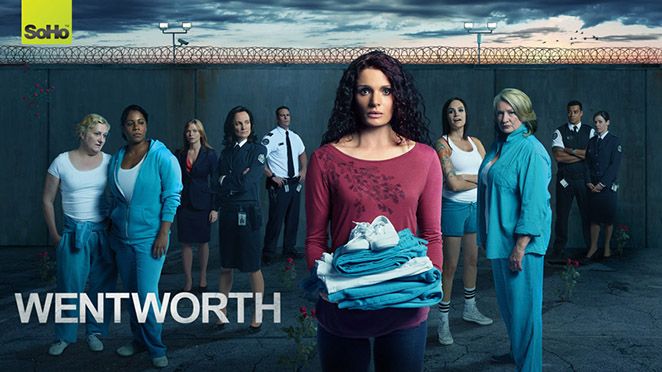 Wentworth is a critically acclaimed Australian crime drama series that chronicles the lives of women from inside a prison. The series is a reinterpretation of an older show called Prisoner, which ran from 1979 to 1986. Wentworth is developed by Lara Radulovich and David Hannam and is set in the modern day. Series 1 was broadcast on Australia’s SoHo network in May 2013. The 12-episode fourth series of Wentworth premiered on May 10, 2016.

Set in the suburbs of Clayton, Victoria, the show focuses on the life of Bea Smith (played by Danielle Cormack) as she first enters the prison system after being charged with her husband’s attempted murder. In an unfortunate twist of fate Bea is separated from her daughter and sent to Wentworth, where she lives in limbo awaiting her sentencing. Forced to learn the rules and traditions of life behind bars, Bea is just one of many other characters portrayed living inside the high-fenced walls.

Each episode peels back the layers of characters who’ve found themselves inside the prison. Told from the perspective of prisoners and wardens, each character’s story is full of personal tragedies. Wentworth has been praised by critics and nominated for a slew of awards, including the Australian Director’s Guild and Australian Writers Guild Awards. The show’s international broadcast attracted more than 1.67 million viewers for its premiere in the U.K., and continues to be an audience favorite.

The current series welcomes Sigrid Thornton, the newest and very valued addition to the cast of Wentworth, as she is the first actress who was a part of the original Prisoner cast. Danielle Cormack, Nicole da Silva, Kate Atkinson and Pamela Rabe, the winner of the 5th AACTA Best Lead Actress in a Television Drama Award, are all returning to reprise their roles in the fourth series. As the storyline is picked up after the last series` fire at Wentworth, the prisoners begin to rebuild the H block and redefine the group dynamics setup. Stay tuned for further developments in the fate of this compelling show.

On July 26, 2016 SoHo has wrapped up the broadcast of the longest-running Foxtel’s Australian drama Wentworth’s fourth series. The 12-episode chapter has picked up 4 months after the fire at the prison and was teasing the viewers with the question of which one out of the two enemies who Bea has struggled with all season – Kaz and Ferguson – will prove more dangerous. There were reasons to consider both women equally strong threats, but in the season finale it was Ferguson who has stabbed Bea and left her for dead on a street right outside of prison walls. As the fourth chapter ended, we saw the following disposition: Kaz is top dog, Allie is alive, but very fragile, Nils is killed after his prison transport is intercepted, and Jake is under Ferguson’s control, which can not be a good thing. Sonia remains a dark horse, with her innocence questioned in the season finale. The last episode drew an unimpressive 95,000 Australian viewers, but the show has traditionally enjoyed international success, so it can’d be judged soley on the domestic ratings. Wentworth has already been renewed for a 12-episode fifth season, which is slated to air in 2017. Stay tuned, and we will inform you of the upcoming season’s release date when it is announced.

UPDATED July 22, 2016: In a decision saluted by the fans Foxtel has renewed Wentworth, its longest-running homemade drama series, for a fifth chapter. The Australian network has also revealed that the upcoming installment will be comprised of 12 episodes, and should be expected to air in 2017. No further details have been supplied just yet, so please stay tuned, and we`ll let you know as soon as any new information becomes available regarding the upcoming series of this dynamic and critically acclaimed show.

Share this with friends:
ReleaseDate.show » Release » Soho officially renewed Wentworth for series 5 to premiere in 2017
Related Serial
When Will

MTV is yet to renew Unlocking the Truth for season 2