This article has the most up-to-date info on the status of Ghost Asylum Season 4 as we continuously monitor the news to keep you in the know. Destination America is yet to make a decision on its future. Subscribe to our automatic updates below. 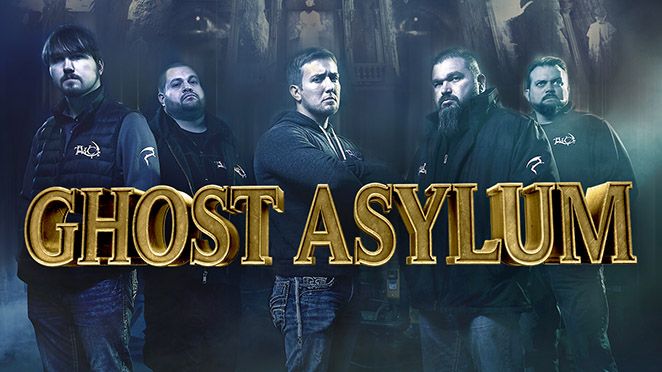 Ghost Asylum is an American paranormal reality television series that follows a team of paranormal investigators operating out of Tennessee. Produced by Tremendous! Entertainment, the series first aired on Destination America in September of 2014, with Ghost Asylum season 3 premiering April 3, 2016.

The Tennessee Wraith Chasers are a group of professional ghost hunters, who research paranormal activity in sanitariums, asylums and other mental institution across the country, using traps to catch ghosts. Not being satisfied with just collecting proof of the existence of spirits, these men use their engineering knowledge, adventurous nature and scientific methods to go further than evidence. From ghosts of wounded Confederate soldiers, to dead nurses that roam the halls of abandoned insane asylums, the investigators from TWC have met them all.

Among the locations visited this season by the Tennessee Wrath Chasers are Peoria Asylum in Bartobville, Castillo de San Marcos in Florida, and other haunted remote places, beginning with USS Edson, a decommissioned naval destroyer docked in Michigan in the premiere episode. In a new exciting format addition, this season of Ghost Asylum can be experienced by the viewers through a virtual reality extension on Discovery VR, a cross-network digital platform that`s been available since August 2015.

Not many things can be scarier than decaying mental institutions overrun with the dark powers and the men of Ghost Asylum bring all that horror to their audience. This series is thrilling and blood-curling, and its score of 5.1/10 on IMDb, a rating that’s quite good for the horror and paranormal sector. The network has not released any official news on the fate of the series.

Subscribe to receive news and updates when a show is renewed or canceled. You will receive an automatic email when theGhost Asylum Season 4 Episode 1 release date is officially announced.

Share this with friends:
ReleaseDate.show » Release » Destination America is yet to renew Ghost Asylum for Season 4
Related Serial
When Will