The release date for Love Thy Neighbor season 7 — Pending

This article has the most up-to-date info on the status of Love Thy Neighbor season 7 as we continuously monitor the news to keep you in the know. OWN is yet to make a decision on its future. Subscribe to our automatic updates below. 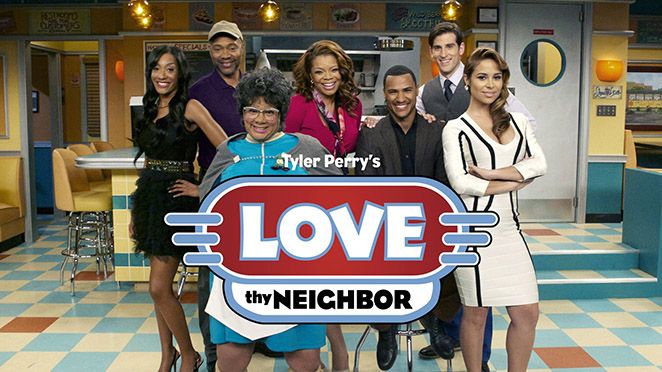 Love Thy Neighbor is a popular American sitcom television series that premiered on OWN on May 29, 2013. It is created, developed, written, directed and executive produced by the multi-talented Tyler Perry, and produced by Tyler Perry Studios. The show is currently in its sixth season which debuted on July 1, 2016.

The sitcom revolves around Hattie Mae Love (Patrice Lovely), a vivacious 75-year-old diner owner and her family. Most of the action takes place in the old locomotive that has been converted to host the Love Train Diner. The storyline revolves both around the family`s daily life with its challenges and successes, and the entertaining interactions with the diner customers. Hattie`s daughter Linda (Kendra C. Johnson), Hattie`s daughter Danny (Andre Hall) and Linda`s uncle Floyd Stanley Jackson (Palmer Williams Jr.) are also at the core of the plot.

Series ratings and possibility of renewal

This season Danny`s marriage is a threat to his friendship with Sam and Drew, as their lifestyles are becoming very different. Also, the crew is helping out Linda as her baby is about to be born, and Hattie is a lifesaver in the process.

The series` premiere ranked #2 among OWN`s scripted shows, second only to Tyler Perry`s other show on OWN, The Haves and the Have Nots. Previously, Love Thy Neighbor averaged approximately 1 million viewers and was rated as the #1 show in its time slot for the African American audience. Season 6 is currently drawing about 0.57 million viewers of viewers ver episode, and has a 0.2 demo rating. A renewal is most likely in the cards for this popular, energetic and positive series, so stay tuned for network announcements.

Subscribe to receive news and updates when a show is renewed or canceled. You will receive an automatic email when theLove Thy Neighbor season 7 Episode 1 release date is officially announced.

Share this with friends:
ReleaseDate.show » Release » OWN is yet to renew Love Thy Neighbor for season 7
Related Serial
When Will

Channel 4 is yet to renew Flowers for series 2

The release date for Flowers series 2 — PendingThis article has the most up-to-date info on the status of Flowers Series 2 as we continuously monitor the news to keep you in the know. Channel 4 is yet to make a decision on its future. Subscribe to…