The release date for The Incredible Dr. Pol season 10 — Pending

This article has the most up-to-date info on the status of The Incredible Dr. Pol season 10 as we continuously monitor the news to keep you in the know. Nat Geo Wild is yet to make a decision on its future. Subscribe to our automatic updates below. 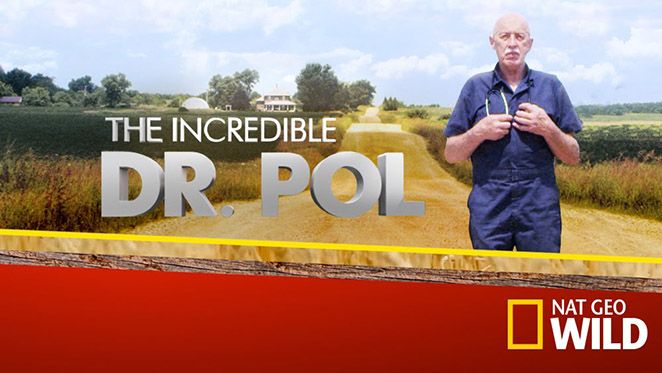 The series portrays the professional life of the Dutch-American veterinarian Jan Pol at his clinic in rural Michigan. His family, employees and day-to-day work are at the center of the series. There has been controversy about some of the methods that the doctor employs in treatment, several complaints have been filed, and Dr. Pol`s license was under threat of revocation at a certain point for negligence and incompetence. However, we all know that negative PR is still good PR, and if anything, these scandals around the veterinarian clinic portrayed in the show only attracted more interest – more clients for the doctor, and more viewers for the series.

The Incredible Dr. Pol has pulled in incredible ratings for Nat Geo Wild, breaking the channel`s records with almost a 0.85 million viewer average in 2013, and a new record in 2015 with 1.1 million viewers in the Live+SD segment and a 0.67 in the P25-54, which is the most-watched series premiere in the National Geographic Wild history. The current chapter is just as full of heart as the preceding ones, Dr. Pol`s skills and compassion saving animals from a wide variety of diseases, syndromes and traumas. The first episode features the audience`s favorite veterinarian assisting animals in the birthing process. As of now, it`s difficult to think of a reason why The Incredible Dr. Pol would be taken off the air, so let`s stay tuned for an almost sure renewal announcement.

Subscribe to receive news and updates when a show is renewed or canceled. You will receive an automatic email when theThe Incredible Dr. Pol season 10 Episode 1 release date is officially announced.

Share this with friends:
ReleaseDate.show » Release » Nat Geo Wild is yet to renew The Incredible Dr. Pol for season 10
Related Serial
When Will

National Geographic is yet to renew Brain Games for season 7