This article has the most up-to-date info on the status of The Dead Files season 10 as we continuously monitor the news to keep you in the know. Travel Channel has scheduled the premiere date for a new season for August 13, 2016. 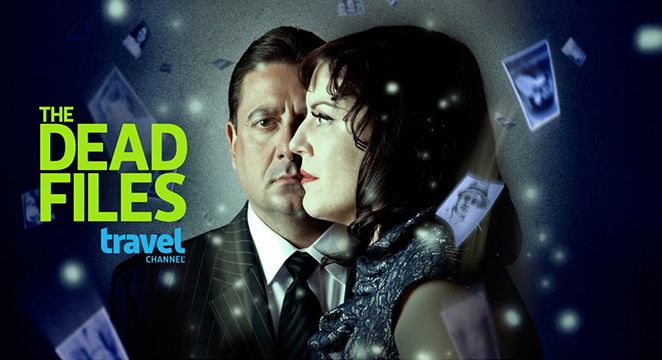 The series follows paranormal incident investigations by Amy Allan, a psychic communicator and Steve DiSchiavi, a former NYPD homicide detective with 21 years of experience on the force. The purportedly haunted locations all over the country come under scrutiny by the partners in order to determine whether these claims are indeed true, and just how dangerous these places actually are to their inhabitants, if there are any to begin with. Steve and Amy conduct their investigations separately and then meet in the end of each episode in order to compare the evidence that they`ve gathered and draw conclusions.

The reception of The Dead Files has been mixed, with some viewers enjoying the new approach to the paranormal investigation genre and the tight storytelling, and others pointing out the lack of any feasible proof from Steve, and Amy`s unconvincing and overdone theatrical manner of delivery. The series has a following, but whether it is a large enough one remains to be seen as the current season progresses. Most viewers don`t seem to care about the show`s “reality” and just enjoy the captivating stories as they would with a scripted mystery series. The show`s been on the air long enough with average ratings of just under 1 million viewer, and it is made well enough for it to last on the momentum that it`s gained over the course of its run.

UPDATED July 20, 2016: For those who just can`t get enough of the popular paranormal series The Dead Files – season 10 is coming on August 13, 2016. It`s the third season to air this year, with previous installments premiering in January and April. The investigations by a psychic and a former NYPD homicide detective have become a favorite with the audience, although the critical reception to the show has been mixed. Sign up for our automatic notifications and we`ll drop you a reminder one day prior to the season 10 of The Dead Files.