This article has the most up-to-date info on the status of Alaska Proof season 2 as we continuously monitor the news to keep you in the know. Animal Planet is yet to make a decision on its future. Subscribe to our automatic updates below. 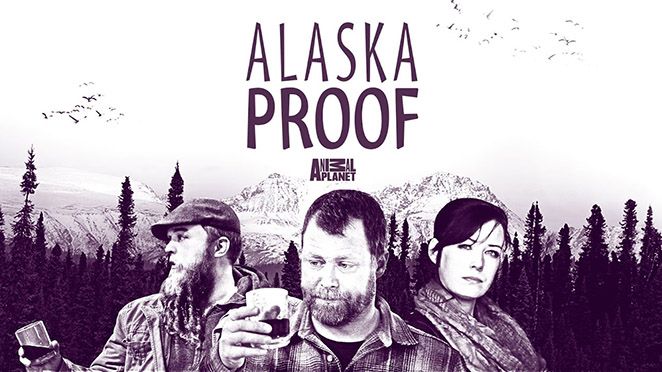 Yes, another Alaska-related show! Alaska Proof is a US reality television series that premiered on Animal Planet (make a note of that, you might be surprised to hear what the series` focus is) on January 14, 2016. The show is executive produced by Jay Peterson, Jerry Carita, Keith Hoffman, Todd Lubin and Dave Larzelere. The freshman season is set to contain eight episodes.

Toby Foster is the founder and CEO of the Alaska Distillery a man who aims to “put a little bit of Alaska into every bottle and share it with the world”. Among his crew at the distillery are Scott Lindquist, Shane Reeves, Chrissy Grunzke and Andy King. Besides, distiller Scott Lindquist holds a permit to harvest free-floating glacier ice in the Prince William Sound, which is then used to create the unconventional spirits. The distillery experiments with (already shed) caribou antlers, fireweed honey and other unique local materials. The salmon-infused vodka has already been highly acclaimed.

Judging by the viewers` online comments it really seems that the Alaska trend is wearing off very quickly. Moreover, Alaskan residents are weary of filming crews lurking behind every tree trying to exaggerate problems and create non-existent excitement. Will the audience find that there is enough drama in the vodka distilling process to warrant a show? Or is it exciting just because it`s happening in Alaska? And why is a show about a vodka distillery airing on the Animal Planet network anyway? The series` future is unclear, so please stay tuned if you`d like to know whether the series is renewed or canceled.

Subscribe to receive news and updates when a show is renewed or canceled. You will receive an automatic email when theAlaska Proof season 2 Episode 1 release date is officially announced.

Share this with friends:
ReleaseDate.show » Release » Animal Planet is yet to renew Alaska Proof for season 2
Related Serial
When Will