The release date for The Carbonaro Effect season 3 — Pending

This article has the most up-to-date info on the status of The Carbonaro Effect season 3 as we continuously monitor the news to keep you in the know. truTV has officially renewed the series for another season expected to debut in 2016. To get notified of the exact premiere date – subscribe for updates below. 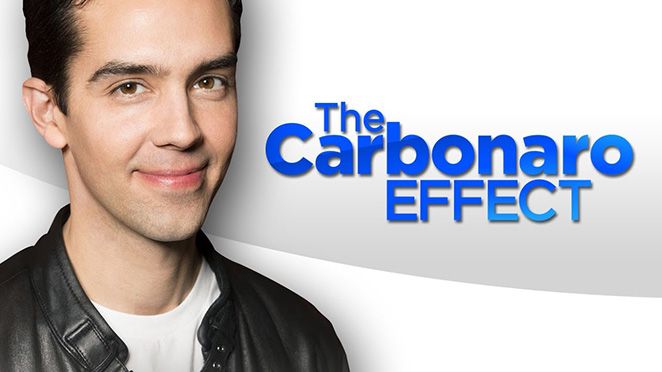 A practical joke reality series, The Carbonaro Effect is hosted by prankster and magician Michael Carbonaro. Performing baffling tricks on unsuspecting people, Carbonaro catches their reactions on hidden cameras. Season 1 of The Carbonaro Effect premiered May 15, 2014 and followed by a two-hour marathon in October. Season 2 of the show aired on truTV on April 1, 2015.

After two seasons of the show, Carbonaro became too famous for his own show. The host stared using wigs, fake names and other types of disguises to conceal his identity. The network has tried to focus on creating shows that appeal to a younger audience hooked on reality TV and surprise entertainment.

The series has been extremely popular with fans and critics thanks in big part to the multifaceted entertainment that hosts it. Putting all of his talents to use, Carbonaro improvises and is able to amuse and amaze the crowd with his mind-bending tricks. Scoring a 7.6 out of 10 on IMDb and 7.2 on tv.com, the network’s decision to renew The Carbonaro Effect for a third season was a natural step forward. Season 3 of The Carbonaro Effect is currently slated to premiere sometime in 2016 and will air for 13 episodes.

UPDATED February 19, 2016: As the truTV network continues to focus on its rebranding strategy to attract younger and hipper viewers, it has just unveiled several new comedy series and the premiere dates for returning hit shows as well. A 13-episode second part of a second season of The Carbonaro Effect is scheduled to be back on the air in the US on Wednesday, March 23, 2016.

Share this with friends:
ReleaseDate.show » Release » truTV officially renewed The Carbonaro Effect for season 3 to premiere in 2016
Related Serial
When Will