The release date for Shades of Blue season 2 — Pending

This article has the most up-to-date info on the status of Shades of Blue season 2 as we continuously monitor the news to keep you in the know. NBC has officially renewed the series for another season expected to debut in Early 2017. To get notified of the exact premiere date – subscribe for updates below. 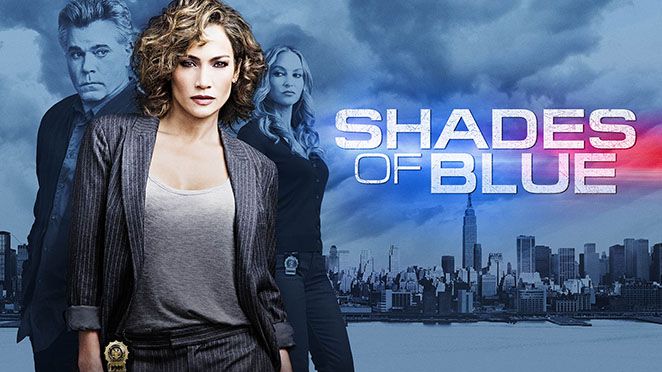 A new American police procedural series starring Jennifer Lopez and Ray Liotta, Shades of Blue premiered on NBC on January 14, 2016. The criminal drama / action series is created by Adi Hasak and received a straight-to-series order in February 2014, casting Lopez in the same year. The filming began in the summer of 2015.

Jennifer Lopez portrays a corrupt NYPD Detective Harlee Santos who is forced to become an FBI informant. She is now a reluctant double agent working against her commander Lieutenant Matt Wozniak (Liotta) who is the corrupt precinct head and a close friend to Santos. Harlee Santos is also a financially struggling single mom to a 17-year old Cristina (Sarah Jeffery).

The series received mostly average reviews from the critics who cited its predictability and an un-engaging script. Lopez`s performance is, however, praised almost unanimously, with some reviewers claiming that it`s the only positive aspect of the series. Even if it is mostly a reworking of every other police corruption thriller, Shades of Blue performs more or less solidly,

Metacritic gives the series a score of 58/100, IMDb – a rating of 6.5/10. The viewership numbers, however, seem to point to a good reception by the audience. Shades of Blue premiered to 8.55 million viewers, and a 1.8 rating in the 18-49 demographic, and with the addition of DVR viewership the total viewership amounted to 13.46 million, and the rating in 18-49 demo surged to 3.1. The subsequent episode saw a drop to 6.64 million (11.31 million in Live+7). The third and fourth episodes held steady with similar numbers, and the 8-episode series is now at the mid-season point. Stay tuned for the news on how Shades of Blue fares towards the end of the season and find out whether a renewal or a cancelation is in place.

A 13-episode debut season of the NBC’s newest crime drama show Shades of Blue that marked the beginning of Jennifer Lopez’s television career wrapped up with a pretty intense final episode on Thursday, March 31, 2016. There were plenty of twists and dramatic moments in the final hour of the first chapter, but surely Harlee killing Miguel takes the crown. The show has already been renewed for another round, so finale ratings don’t matter as much anymore. Still, the series has averaged a healthy 6 million in its debut run. Although a few storylines have received their logical conclusions, the creative team has left enough ambiguity to lead us into new episodes. No details yet about possible developments in a second season of Shades of Blue, so stay tuned.

Updated February 7, 2016: Five episodes into the first season, Jennifer Lopez` Shades of Blue just scored an early renewal. The news comes on the lowest ratings for the last episode that aired on February 4th, 2016 – 5.6 million viewers and a 1.1 rating. However, the show remains a strong player for NBC. It is NBC`s first winner over ABC and CBS in the 10pm Thursday time slot since March 2008 in total viewership, and since March 2010 in the coveted 18-49 demographic. The first three episodes of the series averaged a 2.5 rating in 18-49. The number of episodes in the sophomore season has not yet been announced, but it`s likely to follow the first season`s format with 13 episodes.

UPDATED July 16, 2016: Season 2 of NBC`s popular police procedural Shades of Blue has got an approximate release date. The Jennifer Lopez and Ray Liotta-fronted series is tentatively scheduled to be released in early 2017. Even though the show`s viewership has declined during the first season, the overall average was still solid at 6 million, so hopefully the writers will give the script a bit of a boost and the show will retain its popularity. Sign up for our automatic updates, and we`ll inform you of the release date for Shades of Blue season 2 as soon as it`s announced.

Share this with friends:
ReleaseDate.show » Release » NBC officially renewed Shades of Blue for season 2 to premiere in Early 2017
Related Serial
When Will

Showtime is yet to renew Submission for season 2

The release date for Submission season 2 — PendingThis article has the most up-to-date info on the status of Submission season 2 as we continuously monitor the news to keep you in the know. Showtime is yet to make a decision on its future. Subscribe…

VH1 is yet to renew Amber Rose Show for season 2