This article has the most up-to-date info on the status of Colony season 2 as we continuously monitor the news to keep you in the know. USA Network has officially renewed the series for another season expected to debut in 2017. To get notified of the exact premiere date – subscribe for updates below. 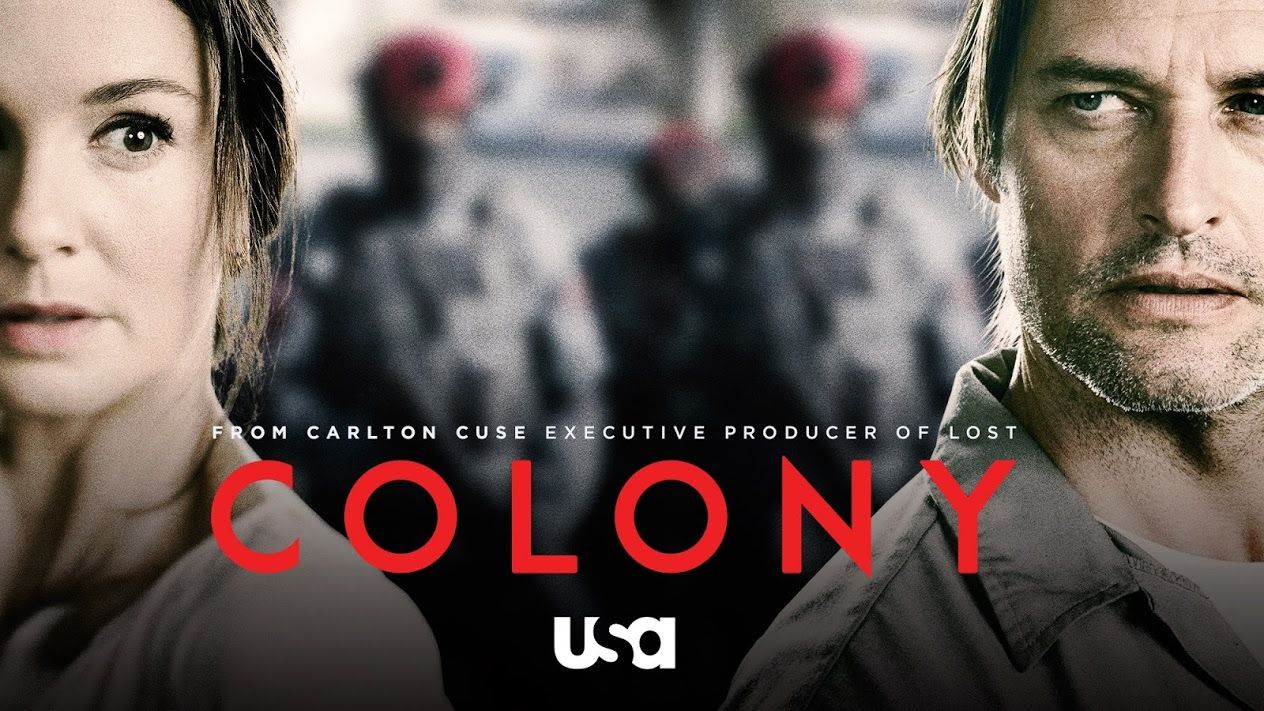 The series portrays a dystopian version of a very near future, where planet Earth is invaded by extraterrestrial beings. The humans live under a military occupation regime, most necessities are rationed and control is maintained by tough measures. Will (Josh Holloway) and Katie (Sarah Wayne Callies) Bowman and their three children are at the center of the plot. Will is a former FBI Agent and US Army Ranger who is forced to work for the invaders as a part of the force that is hunting down members of human Resistance, while his wife Katie is, in fact, a Resistance operative, a fact unknown to Will. Meanwhile, the family is searching for their son Charlie, who was separated from them during the invasion.

Colony has become USA`s top-rated scripted show launch in five years in the 18-49 and 25-54 demos with a 0.88 and 1.04 rating, respectively. The premiere was seen by 1.12 million viewers aged 18-49, and the second episode showed a 4% increase to 1.17 in that demo. The reviews are generally positive, with a 7.3/10 on IMDb, 69/100 on Metacritic and 78% on Rotten Tomatoes. There seems to be a good renewal chance for this solid, if not fantastically original series.

UPDATED February 7, 2016: An epic anti-utopian story of family and society in distress is renewed for a second season. Just three episodes in, the network makes a renewal announcement easily explained by great ratings, with L+3 at an average of 3.4 million viewers. For its first three weeks Colony has rated among the top 5 scripted cable series in two important demographics – 18-49 and 25-54, moreover, the demo ratings saw growth from week to week. The release date or the number of episodes have not yet been announced.

UPDATED July 25, 2016: The mysterious sci-fi/action series Colony has been renewed for a second season shortly after the launch of the freshman season in view of excellent ratings, and now it has been revealed in the show`s official Twitter account that the new cycle is set to air in 2017. The season 2 promo trailer has already been released, so if you are curious, you`re in for an exciting teaser. No further details regarding the upcoming season have been announced yet, and even the series co-star Sarah Wayne Callies claims to have no idea of what is going to happen in the next installment. Sign up for our automatic updates and we`ll inform you of the release date for Colony season 2.

Share this with friends:
ReleaseDate.show » Release » USA Network officially renewed Colony for season 2 to premiere in 2017
Related Serial
When Will

The release date for Outsiders season 2 — PendingThis article has the most up-to-date info on the status of Outsiders season 2 as we continuously monitor the news to keep you in the know. WGN America has officially renewed the series for another…

BBC One has officially renewed Happy Valley for series 3

The release date for Happy Valley series 3 — PendingThis article has the most up-to-date info on the status of Happy Valley Series 3 as we continuously monitor the news to keep you in the know. BBC One has officially renewed the series for another…