The release date for The People’s Couch season 5 — Pending

This article has the most up-to-date info on the status of The People’s Couch season 5 as we continuously monitor the news to keep you in the know. Bravo is yet to make a decision on its future. Subscribe to our automatic updates below. 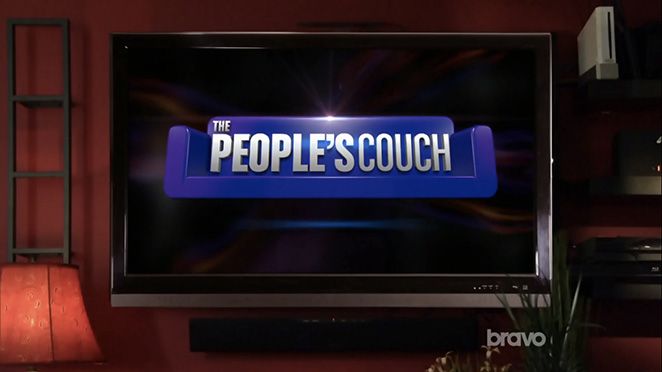 The People’s Couch, the US reality television series based on the popular British show Gogglebox, premiered on Bravo on October 8, 2013. It originally debuted as a 3-episode series, but was soon thereafter picked up for a full season. The current 4th season debuted on January 15, 2016. It is produced by Studio Lambert and All3Media America and executive produced by Stephen Lambert, Eli Holzman, Tania Alexander, Aliyah Silverstein and Jacob-Holmes.

The voyeuristic series turns the cameras on the TV audience. It features recurring groups of families – friends and families – watching popular television series and providing commentary as they go along. The People’s Couch portrays a diverse group of viewers – there are people of various races, ages and sexual orientation. They watch the top-rated and most-hyped about series, this season Lip Sync Battle, The Haves and the Have Nots, Colony, Hell`s Kitchen, Skin Tight and Billions are on the list.

The People’s Couch averaged about 0.6 million in the previous seasons, and continues to deliver approximately the same number of viewers. The current season will for the first time in the series` history include twelve instead of eight one-hour episodes. The series holds a 7.7/10 rating on IMDb, but the reviews are polar opposite – it is one of those love it or hate it shows. Some viewers consider it witty and entertaining, others, mostly those who`d seen the British original find it to be a very bleak and overproduced copy of Gogglebox with bland participants who have nothing to say and no personality to forgive them for that. In any case, the renewal seems a very likely possibility for this popular series.

Subscribe to receive news and updates when a show is renewed or canceled. You will receive an automatic email when theThe People’s Couch season 5 Episode 1 release date is officially announced.

Share this with friends:
ReleaseDate.show » Release » Bravo is yet to renew The People’s Couch for season 5
Related Serial
When Will