This article has the most up-to-date info on the status of 8 out of 10 Cats Does Countdown Series 10 as we continuously monitor the news to keep you in the know. Channel 4 has scheduled the premiere date for a new season for August 05, 2016. 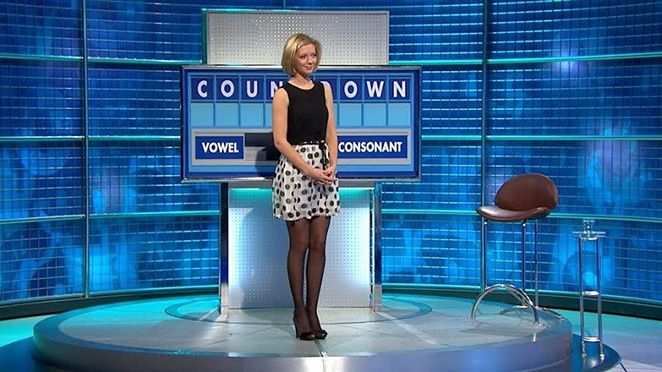 8 out of 10 Cats Does Countdown is a crossover between Countdown, a game show, and 8 out of 10 Cats, a panel game. The format of the series is that of Countdown, but the show hosts and contestants come from 8 out of 10 Cats. The series also has a comedic slant. The series has been on the air since 2012, with the current ninth series having premiered on January 15, 2016. It`s produced by ITV Studios and Zeppotron, hosted by Jimmy Carr, with Sean Lock and Jon Richardson acting as permanent team captains.

The letters and numbers rounds exactly follow Countdown format, with “Teatime teasers” in between. Due to the comedy being intertwined into the body of the series, the game consists of only 8 or 9 rounds instead of the original 15. There is also a celebrity appearance in the Dictionary Corner, wherein they present a musical, poetic or humorous number.

Current season and possibilities of renewal

The series has received several prestigious award nominations, i.e. British Comedy Award, Best Male Television Comic for Sean Lock and Best Comedy Breakthrough Artist for Joe Wilkinson. 8 out of 10 Cats Does Countdown has a 8.1/10 IMDb rating based on over 1000 votes. The recent cycles of the series enjoyed positive viewer reception. The premiere episode of the current ninth series has scored 1.98 million viewers, and the viewership has increased to 2.13 million by the second episode. The series seems to be in very good shape and is a likely candidate for a renewal.

UPDATED July 25, 2016: The popular British comedy panel game show 8 out of 10 Cats Does Countdown is renewed, as was easily expected, and it is almost here! On Friday, August 5, 2016 at 9pm the 10th series will air on Channel 4 with more excitement and hilarious interludes. Judging by the recent series` ratings we`re in for another successful cycle. Sign up for our automatic updates and we will inform you of the release date one day in advance.

Share this with friends:
ReleaseDate.show » Release » Channel 4 scheduled 8 out of 10 Cats Does Countdown series 10 premiere date
Related Serial
When Will