This article has the most up-to-date info on the status of Billy and Billie season 2 as we continuously monitor the news to keep you in the know. Unfortunately, Audience Network has officially canceled the series. There will be no season 2. 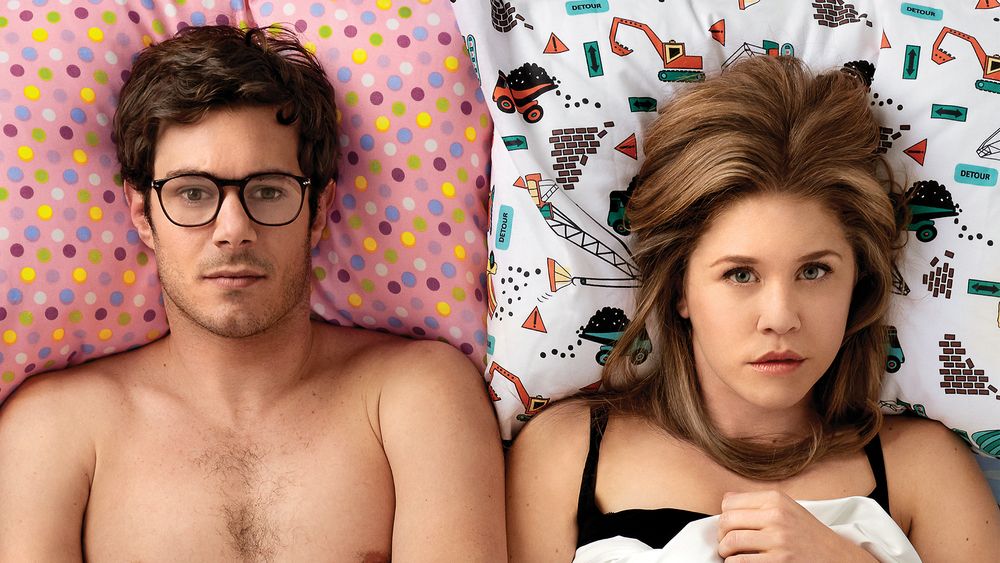 Billy and Billie is a new romantic comedy TV series created by Neil LaBute that follows the romance of an unlikely, and somewhat controversial, couple. Staring Adam Brody and Lisa Joyce, the series premiered on DirecTV’s Audience Network on March 3, 2015.

Billy and Billie are step siblings who never really liked each other growing up. But after a few years of independent living, the two find themselves in bed together. Claiming no regrets they pursue an romantic relationship, fielding a barrage of attention from their family and friends. The normal anxieties of a budding relations are complicated even further by the fact that Billy and Billie are stepbrother and sister. Exploring the real of normal and pushing the boundaries of socially accepted dating, the series is as provocative as it is funny.

Garnering extremely positive reviews, Billy and Billie score a whopping 100% on Rotten Tomatoes and a 7.8 out of 10 on IMDb. Audiences are clearly loving the series, but there may not be room to grow. While critics have been mostly favorable, some have accurately pointed out that the show’s main premise punchline may not be sustainable. The network has not released any news regarding a potential renewal of Billy and Billie season 2. But if ratings are any indication, the network may take a chance and green-light a second season.

Updated March 29, 2016: Not a straightforward cancelation, but the end nonetheless. There will be no second season of Billy and Billie, a drama series that revolved around two step-siblings and their scandalous affair. The series ended with a one-hour special episode that tried to round off the plot ends and give the viewers a glimpse of where the storyline might have gone. The reasons for the show ending in this manner in spite of its reasonable ratings and popularity is the unavailability of actors and other creative staff.

Discovery Channel is yet to renew Rockin` Roadsters for season 2