The release date for Doctor Who Season 10 — Pending

This article has the most up-to-date info on the status of Doctor Who Season 10 as we continuously monitor the news to keep you in the know. BBC One has officially renewed the series for another season expected to debut in Spring 2017. To get notified of the exact premiere date – subscribe for updates below. 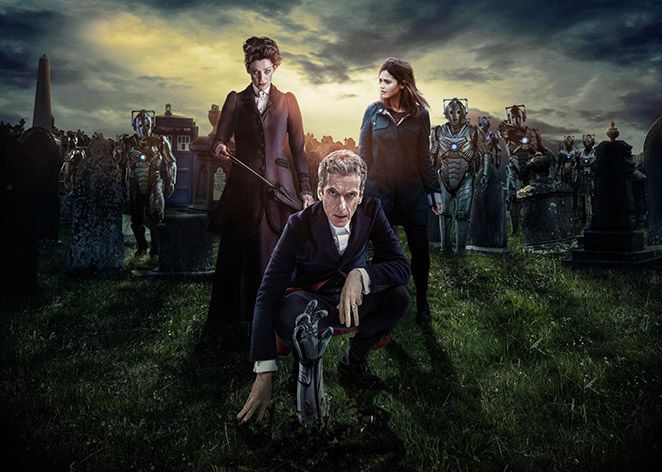 Doctor Who is a British sci-fi television series produced by BBC. The series has become a significant part of the British pop-culture and has had a significant following for decades. The 2005 version is a direct continuation of the 1963-1989 series. Season 9 of the modern-day Doctor Who premiered on BBC One on September 19, 2015.

This series follows the Doctor – a centuries-old humanoid – who travels through space and time with his companions, working to save civilizations and help those in need. The spacecraft of choice for the Doctor is a TARDIS, which appears as a blue British police callbox of the 1960’s.

Doctor Who is considered to be one of the world’s favorite cult television shows and though it had some trouble getting a second start after being cancelled in 1989, in 2005 Russel T Davies and BBC relaunched the series to the great pleasure of its fans. In the decades that the series has been on the air, there were twelve actors who headlined the show, with the transition from one to another written into the plot.

In season 9 of Doctor Who, the Doctor, portrayed by Peter Capaldi, is back to his time-spanning shenanigans and no Time Lord can stop him. But will he be back for season 10? After rumors that the show may not return due to Steven Moffat`s dedication to another popular series – Sherlock, BBC did release a statement confirming the series` comeback. The network announced that the long running series has been recommissioned for season 10.

UPDATED July 30, 2016: Series 10 of the cult sci-fi show Doctor Who will come out in 2017, we have learned, just as expected. For those who are wondering whether or not Clara (Jen Coleman) will return in the upcoming series, the actress specifically made it clear that while there is a possibility of her return in the future, it will not happen any time soon. Her character was killed in the “Face the Raven” episode, but the Doctor has managed to bring her back, and she is now traveling through space in a TARDIS of her own. We will be introduced to his new companion, Bill (Pearl Mackie) in the upcoming series next year, and it is very curious to see the new dynamics between the two. Stay tuned and we will bring you the release date of Doctor Who series 10 as soon as it revealed by BBC.

UPDATED August 20, 2016: Not exactly very soon, but we will enjoy the tenth season of Doctor Who - its release is scheduled for the spring of 2017, with a Christmas special to ease the painful waiting period. Furhtermore, just to inform you when to expect some very exciting news regarding the upcoming season, BBC has promised to reveal some of its secrets at the mid-October New York Comic Con. With the departing veteran showrunner Steven Moffat nd Pearl Mackie, who is joining the team, both on the panel, we might be in for a few surprises, although the upcoming tenth season is still Moffat`s creation. A sneak peek of the stories in the making, including the Christmas special, will be unveiled for the fans at the Comic Con. Stay tuned for more news.

Share this with friends:
ReleaseDate.show » Release » BBC One officially renewed Doctor Who for Season 10 to premiere in Spring 2017
Related Serial
When Will