This article has the most up-to-date info on the status of Ellen`s Design Challenge season 3 as we continuously monitor the news to keep you in the know. HGTV is yet to make a decision on its future. Subscribe to our automatic updates below. 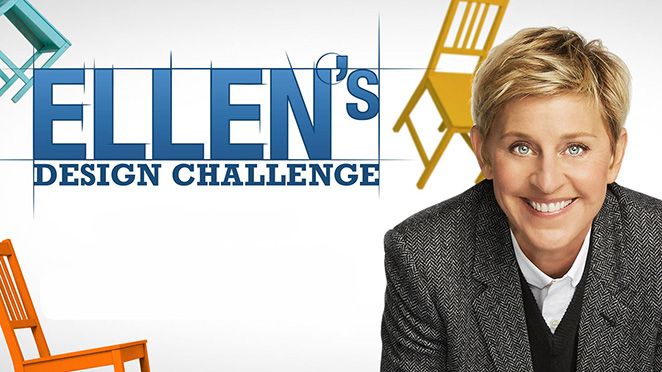 The second season of the popular US furniture design competition / reality TV series Ellen`s Design Challenge has debuted on HGTV on January 18, 2016. The series is produced by Ellen DeGeneres` production company A Very Good Production and A.Smith & Co. in association with Telepictures, and executive produced by Ellen DeGeneres, Jeff Kleeman, Arthur Smith, Kent Weed, Ian Mallahan and Jonathan Singer. The host is Jay Montepare, with the competition being judged by industry professionals Christiane Lemieux and Cliff Fong, and guest judges who join the program on a weekly basis. Ellen DeGeneres makes appearances on the show, but is not continually present.

This season the contestants will work on a project designing furniture for the Ellen DeGeneres Show`s greenrooms, among other challenges. The winner`s work will be featured in the HGTV Magazine and he or she will also receive a prize of US$100,000. 10 contestants will go through all of the stages of furniture making – from sketching to designing to actually building the pieces.

The freshman season was extremely successful for Ellen`s Design Challenge, averaging about 2 million viewers per episode, an excellent number for a niche cable channel. It was, in fact, one of the highest-rated series in the history of HGTV. The current season will contain nine rather than six episodes, as it did in the freshman season. It seems like an almost sure candidate for renewal with its rate of popularity, yet no announcements have been made by HGTV.

Subscribe to receive news and updates when a show is renewed or canceled. You will receive an automatic email when theEllen`s Design Challenge season 3 Episode 1 release date is officially announced.

Share this with friends:
ReleaseDate.show » Release » HGTV is yet to renew Ellen`s Design Challenge for season 3
Related Serial
When Will