This article has the most up-to-date info on the status of Almost Royal season 3 as we continuously monitor the news to keep you in the know. BBC America is yet to make a decision on its future. Subscribe to our automatic updates below. 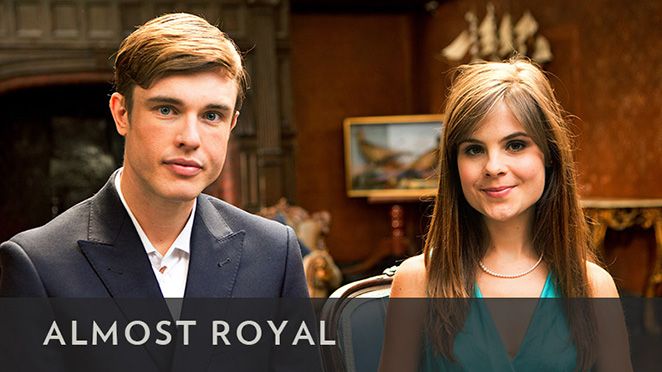 Almost Royal is a faux-reality series, the first original comedy series for the BBC America network. It is written by Ed Gamble, Amy Hoggart and Joel Morris, produced by Burning Bright Productions and executive produced by Clive Tulloh. The second season is to contain 8 episodes, one more than the freshman season. The series originally aired on June 21, 2014.

Poppy (Amy Hoggart) and Georgie (Ed Gamble), supposedly two aristocratic British space cadets are on their first ever trip to the United States. They meet and interact with unsuspecting Americans from various walks of life. The sarcastic portrayal of both stereotypical British and stereotypical American behavior and the deadpan delivery by the lead characters makes Almost Royal a top-notch comedy.

Almost Royal holds a 71% “generally favorable” Metacritic rating, scored 82% on Rotten Tomatoes and a 7.2/10 IMDb score. The freshman season averaged over 0.2 million viewers, and perhaps if the ratings remain somewhere in that ballpark, we will see more of Almost Royal in the future. The reviews are mostly positive, and it would be just great if Georgie and Poppy`s examination of various American phenomena from a British point of view will continue – there`s definitely plenty to explore.

Subscribe to receive news and updates when a show is renewed or canceled. You will receive an automatic email when theAlmost Royal season 3 Episode 1 release date is officially announced.

Share this with friends:
ReleaseDate.show » Release » BBC America is yet to renew Almost Royal for season 3
Related Serial
When Will