This article has the most up-to-date info on the status of Marvel`s Agent Carter season 3 as we continuously monitor the news to keep you in the know. Unfortunately, ABC has officially canceled the series. There will be no season 3. 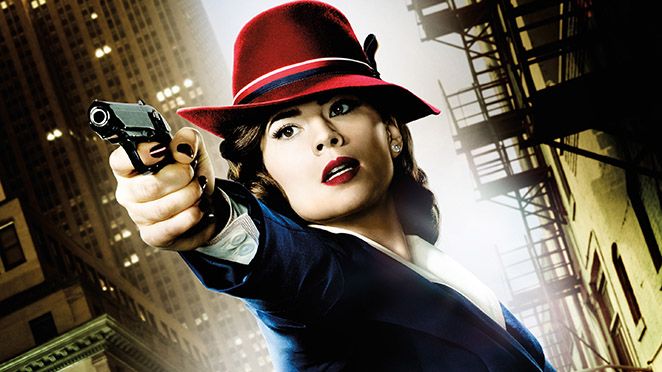 A part of the intricately developed Marvel Cinematic Universe, Marvel`s Agent Carter is a superhero action and adventure television show that has been airing on ABC since January 5, 2015. The current sophomore season debuted on January 19, 2016. The critically-acclaimed show is the collaborative effort between the production studios Marvel Television, ABC Studios and F&Z Fazekas&Butters.

Agent Carter is Peggy Carter (Hayley Atwell), an office worker for SSR (Strategic Scientific Reserve), but also a secret operative who has to balance her covert missions with regular job routine. The storyline is set in post-WWII 1940s, and in the second installment Peggy moves from Los Angeles to New York to handle mysterious villains and a number of challenges connected to the onset of the Atomic Age.

The series has a respectable 8.1/10 score on IMDb based on over 40,000 reviews. The viewership, however, has been decreasing steadily from the series premiere with 6.91 million to the second season`s debut with less than half of that, at 3.18 million viewers. The subsequent recent episodes are also dipping, which is somewhat difficult to explain in light of the very positive reviews that the series has had throughout both seasons. The season 2 finale episode, which was broadcast on March 1, 2016 drew in just 2.3 million fans, bringing the season average to 2.68 million viewers, which is a very significant decline of over 40%. At the same time, despite the disappointing ratings, there are rumors that the ABC network is planning to give the show another chance. There has been praise for practically every aspect of the series, such as directing, writing, acting, set and costume design. What else is there to speak of? There is the issue of sexism that is raised in some of the reviews, but to portray the late 1940s as the time of triumphant feminists would have been just a bit misleading. Hopefully, this exciting and well-balanced series will be picked up for a third season, but since at this point the fate of Agent Carter season 3 is undecided, stay tuned for the latest news.

UPDATED May 14, 2016: The ABC network has axed quite a few TV shows in recent days. Most cancellations were easily predicted due to declining ratings. As such, the network has officially announced that their crime and adventure drama series Agent Carter has been cancelled after just two seasons. A 10-part second installment of the show concluded in the US in March and has delivered rather disappointing results, having averaged just 2.68 million fans per episode, which is a very meaningful 46% drop when compared to last year. It is also unlikely that the series gets revived by another network since the star of the show, Hayley Atwell has already signed up for the ABC new drama series Conviction.