The release date for Like a Boss season 2 — Pending

This article has the most up-to-date info on the status of Like a Boss season 2 as we continuously monitor the news to keep you in the know. Oxygen is yet to make a decision on its future. Subscribe to our automatic updates below. 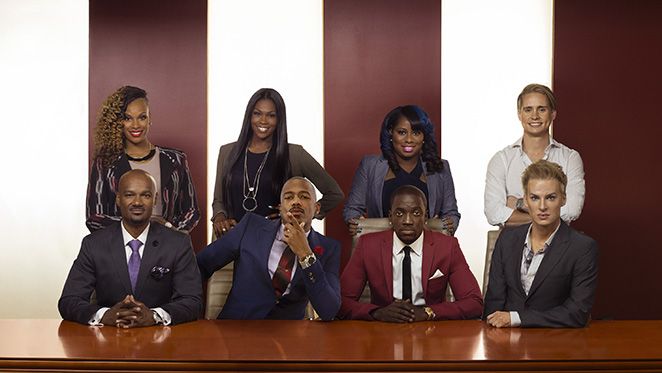 Like a Boss is a brand new documentary television series airing on Oxygen since January 19, 2016. The series is produced by Evolution Media and Ncredible Entertainment, and executive produced by Douglas Ross, Alex Baskin, Greg Stewart, Jason Sands, Nick Cannon and Michael Goldman.

The series sets out to follow four ambitious assistants to Atlanta-area power players from various industries. These motivated individuals are looking to build a career in their respective fields, but they realize that they need to start from the bottom in order to climb to the very top and emulate the success that their bosses have achieved. Like a Boss features Amber Grimes, assistant to media mogul Nick Cannon, Devin Simpson, assistant to top real estate agent Blair Myers, Rian Parish, assistant to radio personality Big Tigger and Drekia Glenn, assistant to music executive Abou “Bu” Thiam. The highly demanding jobs and personal and family lives don`t always balance out very easily for each member of the group, and the persistence and passion that these driven assistants have to demonstrate in order to move forward is astounding.

Like a Boss is an interesting mix of workplace and celebrity reality show, which might prove a successful formula that will bring a renewal ticket for the series. It is currently unclear whether the ratings will be strong enough for the program to be continued, but it does seem to have good viewership potential.

Subscribe to receive news and updates when a show is renewed or canceled. You will receive an automatic email when theLike a Boss season 2 Episode 1 release date is officially announced.

Share this with friends:
ReleaseDate.show » Release » Oxygen is yet to renew Like a Boss for season 2
Related Serial
When Will