The release date for Jep and Jessica: Growing the Dynasty season 2 — Pending

This article has the most up-to-date info on the status of Jep and Jessica: Growing the Dynasty season 2 as we continuously monitor the news to keep you in the know. A&E is yet to make a decision on its future. Subscribe to our automatic updates below. 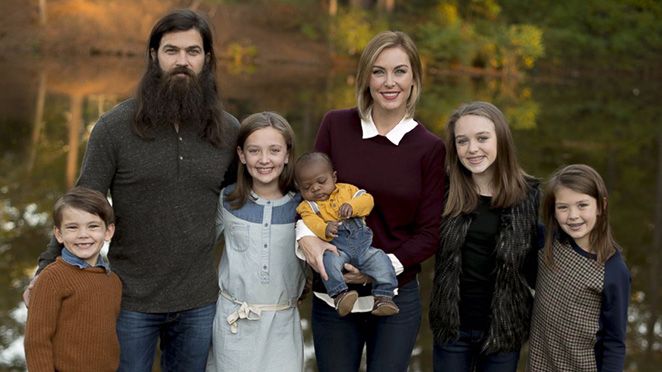 A spinoff from the popular Duck Dynasty series, the new reality show Jep and Jessica: Growing the Dynasty features Jep, Jessica, their four children Lily, Merritt, Priscilla and River, as well as the newest addition to the family – an adopted baby boy named Jules. Due to Jessica`s four caesarian section births and another one deemed impossible for medical reasons, the family made a decision to adopt a baby. The road to the day when Jules Augustus “Gus” Robertson was welcomed in the Robertson house has been long, as in the year that it took for the family to bring the baby in, two other potential adoptions fell through.

Gurney Productions is behind the series, as well as the original Duck Dynasty show. The premiere episode debuted on January 20, 2016. The reality series portrays parenting skills, challenges that the Robertson family faces with their unique sense of humor and the 8 million dollars at hand to help them cope with at least some of the discomforts of bringing up a large family. Their extended family will also be featured, as Jep and Jessica come for advice to Jep`s brother Willie and his wife Korie. The latter are experienced in solving various adoption-related issues since three of their six children are also adopted. Such a warm, supportive and tight-knit family, a family that is really there for each other when it`s needed is a comforting, yet rare sight on screen, and off screen as well. It seems to be a popular enough show, which gets some of the viewers interested just by being related to the Duck Dynasty hit franchise.

Subscribe to receive news and updates when a show is renewed or canceled. You will receive an automatic email when theJep and Jessica: Growing the Dynasty season 2 Episode 1 release date is officially announced.

Share this with friends:
ReleaseDate.show » Release » A&E is yet to renew Jep and Jessica: Growing the Dynasty for season 2
Related Serial
When Will