This article has the most up-to-date info on the status of Iyanla: Fix My Life Season 6 as we continuously monitor the news to keep you in the know. OWN has scheduled the premiere date for a new season for September 10, 2016. 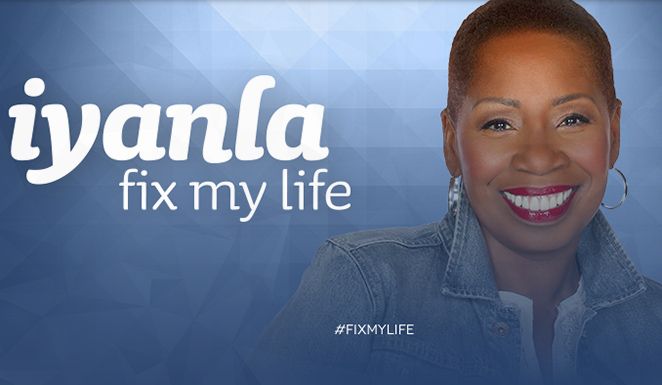 Iyanla: Fix My Life is an American reality TV series broadcast by the Oprah Winfrey Network (OWN) and hosted by relationship expert and life coach Iyanla Vanzant. The show first premiered on June 2, 2012 and has since had very positive reviews by critics. Season 5 premiered on March 28, 2015.

Iyanla Vanzant has dedicated her life to helping people overcome life’s difficulties. Iyanla: Fix My Life focuses on personal problems ranging from addictions to plastic surgery to hardships of living as a gay pastor. Each episode is pre-filmed at the subject’s home and features interviews with family members and friends. Throughout the show Iyanla comments on the issue, ways to solve it, as well as the progress and fallbacks of the guests once they begin a rehabilitation regimen.

In 2015, OWN announced the release of a spinoff series, which is the best testament to its success. The spinoff will follow the life of a man who has fathered 34 children by 17 women and is now trying to have a relationship with his family with Iyanla Vanzant guiding him every step of the way.

History shows that the series is not slowing down and is keeping its fan base interested in what will come next. Although OWN has not announced plans for the next season, we are certainly expecting to see a return of Iyanla: Fix My Life for season 6.

UPDATED August 20, 2016: OWN`s award-winning reality show Iyanla: Fix My Life featuring siritual life coach Iyanla Varzant has been renewed for a sixth season, and scheduled to return to the small screen very shortly. The show`s coming back on Saturday, September 10, 2016 at 9pm ET/PT. Season 6 will be comprised of four intense episodes following eight African American women on their journey of self-discovery led by Iyanla. Sign up for our automatic updates, and receive a reminder of the premiere date one day in advance.

Share this with friends:
ReleaseDate.show » Release » OWN scheduled Iyanla: Fix My Life Season 6 premiere date
Related Serial
When Will