The release date for Planet`s Got Talent series 3 — Pending

This article has the most up-to-date info on the status of Planet`s Got Talent Series 3 as we continuously monitor the news to keep you in the know. ITV is yet to make a decision on its future. Subscribe to our automatic updates below. 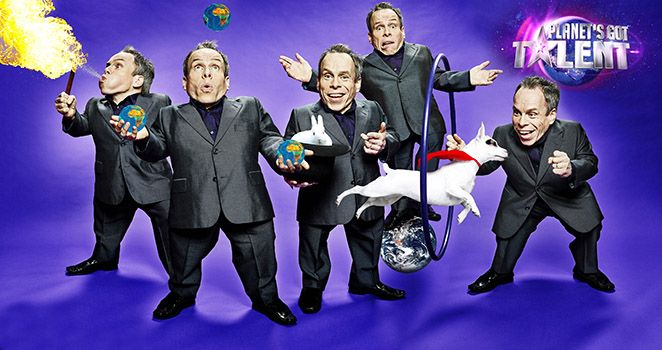 Planet`s Got Talent, yet another program in the hugely successful Got Talent franchise, is a variety clip show that feeds off the 60+ international localized versions of America`s Got Talent, and presents the audience with a range of most amazing and odd performance clips from different countries.

The series is produced by Thames and Syco Entertainment, companies that are also behind the production of Britain`s Got Talent. Both series are comprised of six episodes and are hosted by Warwick Davis. Not only talent is celebrated on Planet`s Got Talent, although there`s certainly plenty of beautiful performances. There are also untraditional approaches taken to achieve fame – there is an Indonesian man who can wash himself in boiling soup, a Korean contestant who is able to rub wasabe and lemons right into his eye without dire consequences, backflipping dogs and other unforgettable moments that will inspire awe or just produce laughs and entertain, which is just fine.

The series is certainly bound to have a certain degree of success just by being a part of the Incredibly popular franchise, but it has to have some of its own appeal if it is to go on beyond the first couple of series. Some of its charm is perhaps in relaying a message to the British television audience that contestants in other countries can be far crazier than their fellow countrymen. It`s an amusing enough spectacle, and has potential in diverting the attention of British TV viewers for series to come.

Subscribe to receive news and updates when a show is renewed or canceled. You will receive an automatic email when thePlanet`s Got Talent Series 3 Episode 1 release date is officially announced.

Share this with friends:
ReleaseDate.show » Release » ITV is yet to renew Planet`s Got Talent for series 3
Related Serial
When Will