This article has the most up-to-date info on the status of Outsiders season 2 as we continuously monitor the news to keep you in the know. WGN America has officially renewed the series for another season expected to debut in January 2017. To get notified of the exact premiere date – subscribe for updates below. 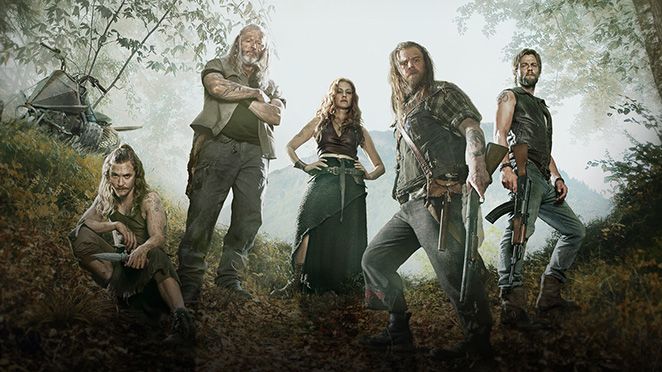 Outsiders is a US drama television series that premiered on January 26, 2016 on WGN America. It is created by Peter Matter and produced by Famous Horses, Fedora Entertainment, Touchy Feely Films, Tribune Studios and Sony Pictures Television.

The series portrays the Farrell clan as they fight for independence and control over their land in the Appalachian mountains in Kentucky. The Farrells chose a life in the woods, in extreme isolation from society. Their interactions with those outside of their clan were very limited by their own choosing up until an eviction notice was posted at the entrance of the mountain. The mining company seeks to begin mining in the very area where the Farrells` ancestors have lived for over 200 years. What could be a regular occurrence anywhere else turns into a bloody standoff between Farrells and the authorities. Will the rugged homesteaders be able to withstand the siege? How far are they ready to go in order to protect their land?

The critics` response to Outsiders has been favorable so far, with 63/100 on Metacritic, 7.6/10 on IMDb and 77% on Rotten Tomatoes. As for the viewership - the series premiered to just over 1 million viewers and a 0.33 rating in the 18-49 demo, and by the third episode saw a slide down to 881,000 viewers and a 0.28 rating in 18-49. The idea of how much of power should a state have over its citizens is an extremely interesting and important one to consider, and this series seems to succeed in combining gritty action with bringing this idea to the forefront. So if it makes the audience look around and think about this philosophical issue even in simple terms, we think it deserves a renewal. Whether or not the network agrees will be known later on.

Updated March 13, 2016: WGN`s third original scripted series, and certainly its most successful, is in for a continuation. Outsiders has been renewed for a second season ahead of the freshman season finale. The hit drama series generates a weekly audience of 2.8 million total viewers in L+7, thus increasing the network`s primetime total average by a whooping 42%. The second season, which is presently confirmed to contain 13 hourlong episodes, will go into the production stage in the summer of 2016. The Farrell clan will continue the struggle for their land and for the right to live their unconventional lifestyle soon enough, so please stay tuned for a release date announcement.

UPDATED May 5, 2016: The hit WGN scripted drama Outsiders, which was already renewed for a second season, had just received an approximate release date – the series will return to the small screen in January 2017. The dramatic standoff between the state and the determined homesteaders will continue with a vengeance soon enough. Sign up for our automatic updates and receive an e-mail notification of a release date for Outsiders season 2.

Share this with friends:
ReleaseDate.show » Release » WGN America officially renewed Outsiders for season 2 to premiere in January 2017
Related Serial
When Will

The release date for Colony season 2 — PendingThis article has the most up-to-date info on the status of Colony season 2 as we continuously monitor the news to keep you in the know. USA Network has officially renewed the series for another season…