The release date for What Would You Do? season 13 — Pending

This article has the most up-to-date info on the status of What Would You Do? season 13 as we continuously monitor the news to keep you in the know. ABC is yet to make a decision on its future. Subscribe to our automatic updates below. 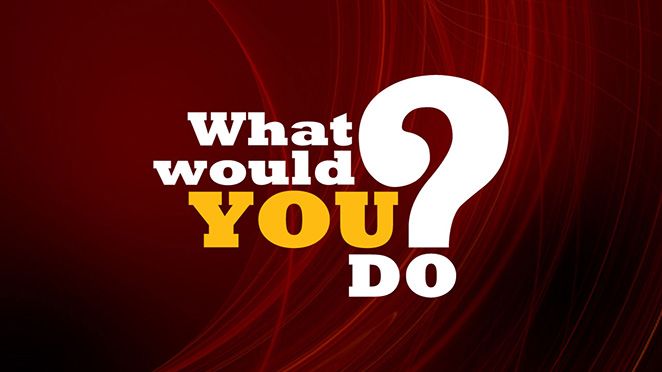 What Would You Do is a hidden camera reality television series airing on ABC since 2008. It is produced by ABC News and Square Productions, executive produced by Danielle A. Rossen, written by Clem Taylor, Art Rubalcava, Eric M. Strauss and Ann Varney and presented by John Quiñones. The current twelfth season premiered on June 17, 2016. The all-new episodes are filmed in Atlanta, Georgia.

The series was originally based on the ABC`s newsmagazine Primetime, but since the latter was discontinued, it is now left to stand on its own. Scenes that might elicit negative emotions, acted-out conflicts, illegal or borderline illegal activities are undertaken in public places. The witnesses` reactions are recorded on hidden cameras and the results are subsequently discussed with the bystanders themselves, as well as with psychologists, teachers and other professionals. It really is curious to see what people do when they think no one is watching.

The viewers might be getting somewhat weary of the series, as in the course of its long run it sometimes began repeating its scenarios. The ratings have been decreasing slowly, which is only natural. The first season averaged about 8 million viewers per episode, while an episode that aired on February 9, 2016 attracted a mere 2 million viewers, a 0.6 rating and a 2% share of the audience. There has also been criticism of ABC`s unethical approach and manipulativeness. Will there be a renewal of this entertaining yet controversial series? Are the ratings high enough to warrant a pick up for a thirteenth season? Let`s wait for a network announcement and find out soon.

Subscribe to receive news and updates when a show is renewed or canceled. You will receive an automatic email when theWhat Would You Do? season 13 Episode 1 release date is officially announced.

Share this with friends:
ReleaseDate.show » Release » ABC is yet to renew What Would You Do? for season 13
Related Serial
When Will

Discovery Channel is yet to renew Moonshiners for season 7