This article has the most up-to-date info on the status of Todrick Season 2 as we continuously monitor the news to keep you in the know. MTV is yet to make a decision on its future. Subscribe to our automatic updates below. 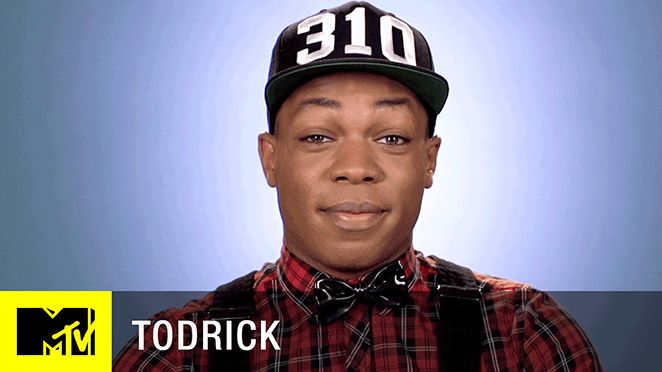 Todrick is a new weekly unscripted docu-series based on the life of multitalented YouTube sen-sation Todrick Hall. The show premiered on MTV on August 31, 2015 and revolves around the YouTube star’s relentless pursuit of the American Dream.

In the trailer for season 1, Todrick proudly proclaims that performing is his life and introduces himself as an actor, dancer, singer, choreographer and producer. The show focuses on the cre-ative factory of Todrick and his friends as they write, choreograph, style and direct full scale vid-eo productions. Audiences gain a behind-the-scenes look at how the star and his posse try to make their dreams come true, on their own terms. Even when that sometimes means taking on odd side jobs to pay the bills.

Todrick became a YouTube sensation after fleeing the Lone Star State of Texas to pursue star-dom by making small budget movies, begging for props and working against ridiculously tight self-imposed deadlines. Ceasing every opportunity, Todrick has succeeded in his ventures by taking advantage of modern technologies and flexibility of independent distribution. After being eliminated as a semifinalist on the ninth season of American Idol, a video of Todrick singing his order at a McDonald’s drive-through catapulted him into pop cultural relevancy. In the series, Todrick and his team attempt to replicate the formula for creating viral videos.

With more than 1.6 million subscribers and 239 million views on his YouTube channel, Todrick has leveraged the internet to do more than just propel himself into the cultural conversation. He managed to turn his loyal online following into real offline revenue by staging live theatrical pro-ductions of his most popular videos. At $25 per ticket, his shows “Twerk du Soleil” and “Toddlerz Ball” have packed venues from California to Indiana, even selling out London’s Leicester Square Theatre. With a successful premiere of the show, audiences are already looking forward to a second season. However, there has been no word from MTV regarding its renewal for season 2.

Subscribe to receive news and updates when a show is renewed or canceled. You will receive an automatic email when theTodrick Season 2 Episode 1 release date is officially announced.

Share this with friends:
ReleaseDate.show » Release » MTV is yet to renew Todrick for Season 2
Related Serial
When Will