This article has the most up-to-date info on the status of Mako Mermaids season 4 as we continuously monitor the news to keep you in the know. Netflix is yet to make a decision on its future. Subscribe to our automatic updates below. 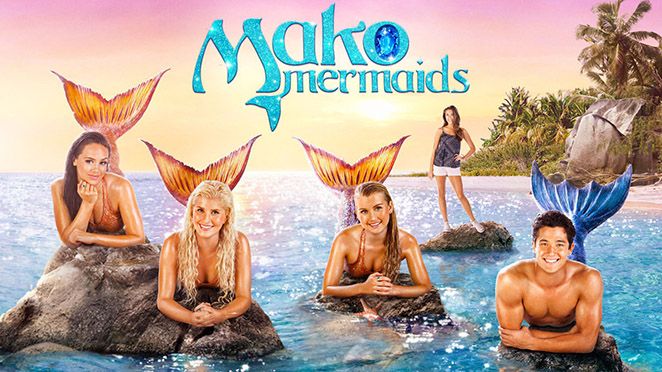 Mako Mermaids is an internationally popular Australian fantasy drama television series for children and teenagers that is now also available to Netflix subscribers worldwide. The series is released internationally under the title of Mako Mermaids, although in Australia it is known as Mako: Island of Secrets or Secret of Mako Island. The majority of the show’s viewers are teenagers, which is explained by the fact that Mako Mermaids is a spin-off of another very popular teen series H2O: Just Add Water. Mako Mermaids was created by Jonathan M. Shiff (Reef Doctors, Lightning Point), who also serves as an executive producer along with Julia Adams, and produced by Network Ten and Nickelodeon.

The storyline of Mako Mermaids revolves around Zac, a teenager who one day travels to Mako Island for some camping experience. The island is populated and watched by three beautiful mermaids – Sirena, Nixie, and Lyla. The teen fantasy series stars Lucy Fry, Ivy Latimer, Amy Ruffle, Chai Romruen, Isabel Durant and others.

Recent series and release on Netflix

Series 3 of Mako Mermaids came out on Eleven in Australia on May 15, 2016 and was made available online in its entirety – 16 episodes – to Netflix subscribers around the world on Friday, May 27, 2016 at 12:01am ET/PT. It should be noted that the second half of season 2 of Mako Mermaids has been adopted by Netflix as a thirteen-episode season 3. That is why this most recent chapter of the fantasy drama is labeled as “season 4” on Netflix, but will keep its original format in other regions. The new installment of the show features Chinese mermaid named Weilan (portrayed by Linda Ngo), while Cariba Heine will make a guest appearance in a few episodes. Ever since the online streaming giant picked up the show for international broadcast, the fan following has increased a lot. We believe the series will get picked up for another round, but it is yet to be made official, so stay tuned.

Subscribe to receive news and updates when a show is renewed or canceled. You will receive an automatic email when theMako Mermaids season 4 Episode 1 release date is officially announced.

Share this with friends:
ReleaseDate.show » Release » Netflix is yet to renew Mako Mermaids for season 4
Related Serial
When Will