This article has the most up-to-date info on the status of Zombie House Flipping season 2 as we continuously monitor the news to keep you in the know. FYI is yet to make a decision on its future. Subscribe to our automatic updates below. 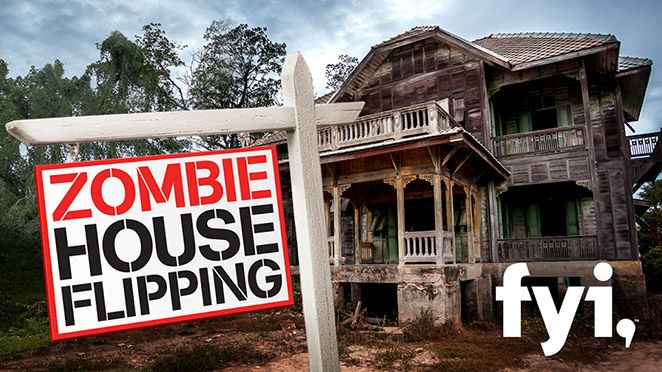 Zombie House Flipping is set in the Orlando, Florida area and features a crew of four Orlando residents in the house flipping business. The renovation team consists of builder Keith Ori, Justin Stamper, who has been flipping houses ever since his family lost their home in a foreclosure, designer Peter Duke and real estate agent Ashlee Casserly. They scout communities in the Orlando area for “zombie” houses, houses that were abandoned in a terrible condition - from leaking roofs to rotting food in the fridge to plants growing through the floor. The team has successfully flipped hundreds of houses over the years, preferring ample dilapidated houses that are located in areas with high-rated schools.

It remains to be seen whether Zombie House Flipping has enough of an interesting twist to distinguish itself from similarly themed shows, and establish an audience for itself. The dog on the team just might not cut it. The house flipping business is not as easy as it might seem on the numerous television programs, but it`s understandable why there is such a demand for them. It seems like a realistic opportunity to make money that`s available to many people, especially if they team up on the project. It remains to be seen whether or not the series will be renewed, so let`s wait and see what the network decides.

Subscribe to receive news and updates when a show is renewed or canceled. You will receive an automatic email when theZombie House Flipping season 2 Episode 1 release date is officially announced.

Share this with friends:
ReleaseDate.show » Release » FYI is yet to renew Zombie House Flipping for season 2
Related Serial
When Will