This article has the most up-to-date info on the status of Vikings season 5 as we continuously monitor the news to keep you in the know. History Channel has officially renewed the series for another season. To get notified of the premiere date – subscribe for updates below. 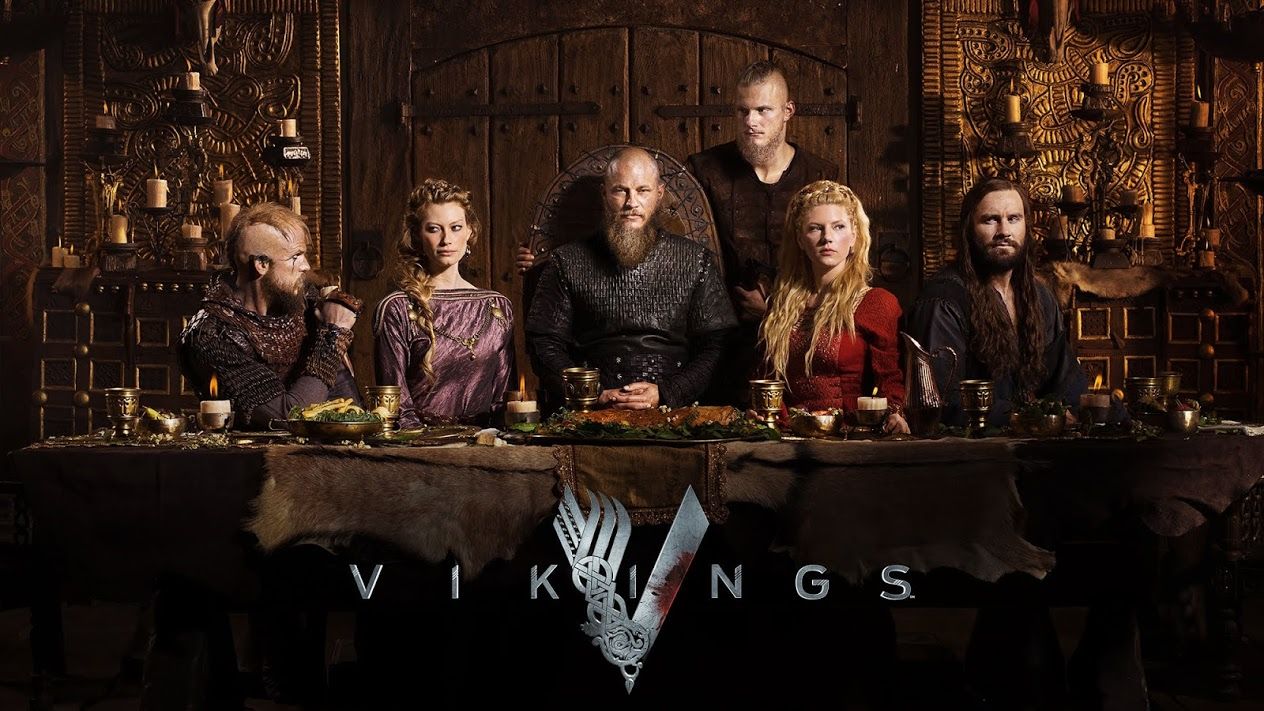 As you know, in the past few years, Scandinavian subject matter in movies and TV has become a popular trend. A few high-quality Scandinavian television projects, for example, the TV series The Bridge and The Killing have caused quite a stir with viewers around the globe. The creativity of Swedish and Norwegian crime genre authors has led to the fact that Northern mythology has even leaked into the television adaptation of the Marvel studio’s comic books. In the wake of this interest, in 2013, a new joint Canadian-Irish historical television drama series The Vikings was created and it immediately became extremely popular far beyond the borders of these two countries. The most recent, season 4 of Vikings, was released on the History channel on February 18, 2016, and millions of fans of the award-winning TV series are already wondering about the future of the show and possible twists and turns of its storylines.

The creators of this universally praised series masterfully recreated those dark, hard and tumultuous times, without any superfluous and superficial knick-knackery. In those days, the territory was run by very rough and brutal Vikings, who opposed Christianity. Viewers see the bloody rites, the action scenes, which are reproduced mega realistically. On the show, you won’t find excessively scaled battle scenes, unnatural fighter dynamics or endless rivers of blood that modern day filmmakers often go overboard with. Yet, it cost more than $40 million dollars to make a first season, and the money was definitely well spent. Many critics have singed praises to the stunning costumes and marine scenes filmed entirely on location. Another aspect that makes Vikings stand out from many other historical series is the factual accuracy preserved by the creators in all the storylines and details. Even the Viking tattoos that can be seen on some characters reflect a common practice of the pagan pre-Christian Europe.

Season 4 of Vikings premiered on the History channel in North America and fans will be pleased to learn that this chapter of the series has been extended from ten to twenty episodes. The creative team of the show, headed by Michael Hirst, has prepared many mind-blowing and unexpected twists to the plot, including a nerve-wracking encounter with a fearsome bear, which would probably give even Leonardo DiCaprio a run for his money (or should we say, for his Oscar?) Watch out for that scene in a third episode this season. Also, this new extended chapter of the show will have many characters, starting with Ragnar who is struggling with the burden of his kingship, searching for who they really are and what it is that they want to be. As the ratings have dipped a little last season, the viewer interest and anticipation of new episodes have never subsided. The reviews of the current chapter remain irritatingly positive and, frankly, we will be shocked if the historical drama wouldn’t get picked up for another round. Since the network is yet to make that decision, visit our website for the most recent news, or sign up for our updates and receive an email as soon as Vikings season 5 is announced.

UPDATED March 18, 2016: This is very exciting news for the fans of the History channel’s mega popular historical action drama television show Vikings! Just four episodes into the current fourth installment, the network has already officially announced the renewal of the hit series for another season. At the moment, the show is averaging 2.2 million viewers per episode, which is just a small 11% decline when compared to the previous chapter. Luckily, the drop in the ratings didn’t discourage the network’s executives who have decided to give plenty of extra time to the creative team to start working on new plot twists and turns. Additionally, it has been reported that Jonathan Rhys Meyers will be joining the cast in the new installment of the historical drama, although the details of his character have not been revealed yet. Stay tuned for more recent developments and for the premiere date which is yet to be determined.

UPDATED April 22, 2016: Episode 10 of the fourth chapter of the History network’s most popular scripted drama TV series Vikings was aired in the US on Thursday, April 21, 2016. Some of you might have thought that it was a season finale, but that is far from the truth. The show has garnered such international acclaim from critics and audiences that the network has decided to expand the season 4 order to 20 episodes. The release of the second half of the current installment is yet to be scheduled, but we already know that new episodes are slated to be back on the air this fall. When the series returns, Alex Høgh Andersen will join the cast as Ragnar Lothbrok’s son, Ivar the Boneless. His character has already appeared on the show as a child, along with his three brothers, but a time jump is rumored for the rest of the episodes, all brothers will now be grown-up. Stay tuned for the release date announcement of Vikings season 4 part 2.

UPDATED July 23, 2016: History released a new trailer for the second half of “Vikings” season four Friday at Comic Con. The trailer shows the aftermath of Ragnar Lothbrok’s (Travis Fimmel) return.

Share this with friends:
ReleaseDate.show » Release » History Channel has officially renewed Vikings for season 5
Related Serial
When Will

BBC Two has officially renewed The Last Kingdom for season 2

This article has the most up-to-date info on the status of Manhattan season 3 as we continuously monitor the news to keep you in the know. Unfortunately, WGN America has officially canceled the series. There will be no season 3.About the…

Channel 4 is yet to renew Mammon for series 3

The release date for Mammon series 3 — PendingThis article has the most up-to-date info on the status of Mammon Series 3 as we continuously monitor the news to keep you in the know. Channel 4 is yet to make a decision on its future. Subscribe to our…

SBS has officially renewed The Bridge for series 4

The release date for The Bridge series 4 — PendingThis article has the most up-to-date info on the status of The Bridge Series 4 as we continuously monitor the news to keep you in the know. SBS has officially renewed the series for another season.…