This article has the most up-to-date info on the status of Wicked Tuna season 6 as we continuously monitor the news to keep you in the know. National Geographic has officially renewed the series for another season. To get notified of the premiere date – subscribe for updates below. 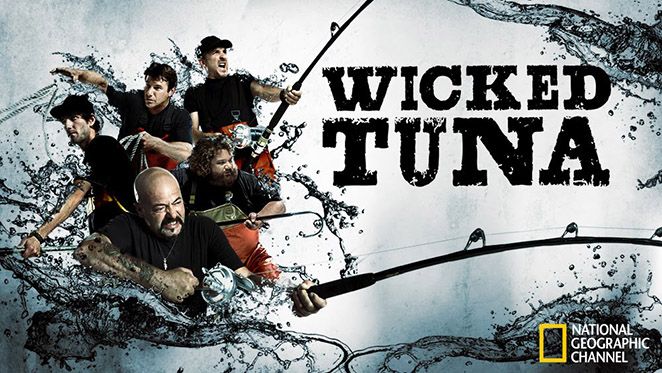 Teams of Gloucester, Massachusetts tuna fishermen compete in catching the most fish on Wicked Tuna, an American reality television series that`s been broadcast on National Geographic since 2012. Pilgrim Media Group and executive producers Mike Nichols, Craig Piligian, Lynn Sadofsky and Michael Goldstein are behind the series. The fifth season has aired on February 1, 2016 as the captains attempt to recover from a rough winter season and battle the elements. Meanwhile, a new boat enters the competition for the biggest catch, old disagreements are reconciled and fishing is going on full steam as the season progresses.

Bluefish tuna is known to be overfished, and Wicked Tuna has raised some controversy due to that reason. However, the fishing crews all stay within the quota, so there seems to be no reason for complaints, at least a formal one.

The series is currently averaging just under 1 million viewers, and holds a 0.3 rating in the 18-49 demographic, with a 6.6/10 IMDb score. These are better numbers that some of its previous seasons, and the series` renewal prospects are looking very fine at this time. Wicked Tuna has been very popular and has enough loyal viewers, who get to know the crews, and follow them through the seasons. During the current exciting season some of the captains struggle after a less-than-lucky winter fishing season, and set out to succeed. Wicked Tuna is a sure candidate for another run, and as soon as either a renewal or a cancelation decision is announced by the network, we will be sure to update you on the program`s future.

UPDATED June 8, 2016: Just a few days prior to the conclusion of hit docu-series Wicked Tuna`s fifth season, National Geographic Channel has revealed its decision to continue with the show for a sixth season. The filming is about to begin this summer, as the bluefish tuna season starts. The new chapter will once again feature five captains and their boats – T.J.Ott of the Hot Tuna, Paul Herbert of the Wicked Pissah, Dave Cararo of the FV-Tuna.com, Dave Marciano of Beverly and Tyler McLaughlin of Pinwheel. McLaughlin is behind the rest after experiencing many setbacks during the last season, and the rest are in close competition for the biggest catch. Sign up for our automatic updates, and we`ll make sure you don`t miss the next season`s release date.

Share this with friends:
ReleaseDate.show » Release » National Geographic has officially renewed Wicked Tuna for season 6
Related Serial
When Will