This article has the most up-to-date info on the status of American Crime Story season 2 as we continuously monitor the news to keep you in the know. FX has officially renewed the series for another season. To get notified of the premiere date – subscribe for updates below. 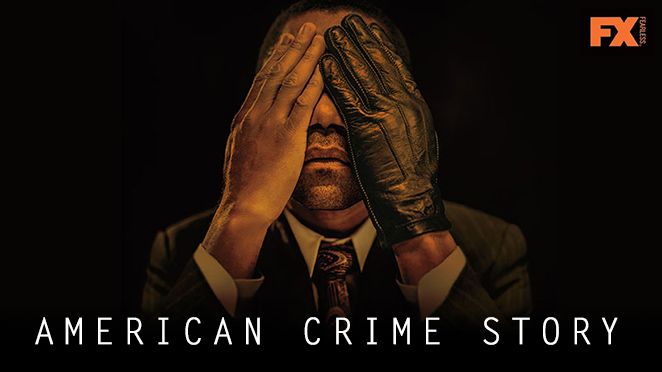 American Crime Story is a new US true crime anthology television series airing on FX. The first season debuted on February 2, 2016 and follows the 1994 People vs. O.J.Simpson murder case. The series is based on The Run of His Life: The People vs. O.J.Simpson, a book by Jeffrey Toobin. It is developed by Scott Alexander and Larry Karaszewski and produced by Scott & Larry Productions, Color Force, Ryan Murphy Productions, FXP and Fox 21 Television Studios.

The media coverage of the O.J. Simpson case has been incredibly wide, and the case itself was unusually well-documented. The double murder of Simpson`s ex-wife Nicole Brown Simpson and Ronald Goldman and the subsequent trial are at the focus of American Crime Story`s first season.

The critics and viewers have unanimously supported the series from the outset. Rotten Tomatoes gave the series a 97% rating, Metacritic followed with a 90/100 score. Practically all of the performances are praised as nuanced, dynamic and intelligent, especially those by Sarah Paulson and Courtney B. Vance. The only exception to this stream of positive reviews is John Travolta`s performance, which has been just as unanimously torn apart. The second season is already in development, with production to begin in the fall of 2016, and will examine Hurricane Katrina and its consequences. The release date of the sophomore season has not yet been set, so please stay tuned and we will inform you as soon as it becomes available.

Share this with friends:
ReleaseDate.show » Release » FX has officially renewed American Crime Story for season 2
Related Serial
When Will